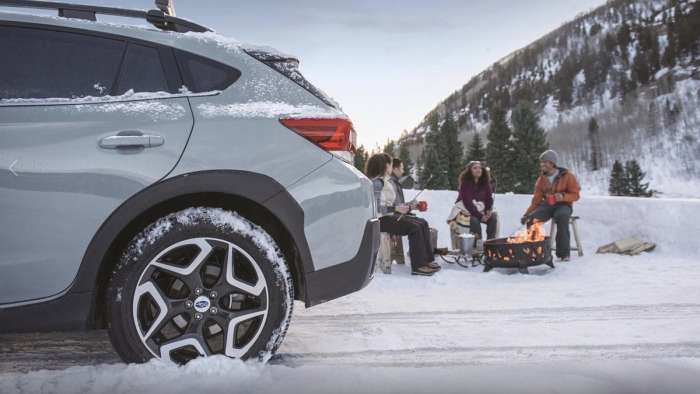 Customers Want New Subaru Crosstrek EV; When Will You See One?

Subaru will bring a new all-electric Crosstrek small SUV in the near future. Here’s when customers can expect to see one.
Advertisement

Subaru customers have been stereotyped as granola eating, golden retriever-owning, standup paddle-boarding, political bumper sticker-buying, and lesbians. While that may be somewhat true, Subaru and their owners care about the environment and would buy a new Crosstrek all-electric vehicle if it were available. Why is Subaru pumping the brakes on a new all-wheel-drive EV?

Subaru of America President and COO Tom Doll told Automotive News, the new Crosstrek PHEV will only make up a small portion (about 300) of Crosstrek’s monthly sales in 2019, and Subaru Corp will only build “limited quantities” of the new 2019 Crosstrek with electric technology. But more models are coming as the technology improves.

Subaru will launch EV when the time is right

According to a recent report from Bloomberg, Subaru is waiting for other automakers to spend the big money on research and development, while they wait until the time is right to move. Tom Doll, told them, “If we put one out now, we’re going to be competing in the teeth of the market with everybody else. This way, we can let them kind of sort it out, then we can come in.”

Doll told AN he believes Subaru will be successful once they do jump into the EV game. “Our job is to try and create a market for it.” He went on to say it’s not the technology that customers are afraid of, it’s the charging times and lack of charging stations.

“I think people are agnostic in terms of the engine,” says Doll, “What they want is the convenience. They go to a gas station (and in) three-to-five minutes, they’re done. They want to be able to put that charger in (and) in three-to-five minutes it’s charged. Once they can solve that charging issue, I think it’ll tip faster than people think.”

There are more new products coming from Subaru soon. Subaru’s 2020 Vision Plan calls for further expansion which will include new products, better engines, increased production, and cost-cutting. Subaru Corp spelled out in their Vision 2020 plan how they will bring hybrids (e-Boxer hybrid Forester and Crosstrek already launched in Japan), a plug-in hybrid (Crosstrek PHEV in the U.S.), and all-electric vehicles using their new Subaru Global Platform.

Customers will see a new Subaru Crosstrek all-electric small SUV, but not until the time is right. “I’d rather be last in and get it right,” said Tom Doll, “than be first in and destroy my brand image and reputation.”

LG's New EV Battery Plant Is a Welcome News for Tesla
Tesla Giga Berlin's New Hurdle: It's Not Only the Gov't, but Now Tesla Itself
END_OF_DOCUMENT_TOKEN_TO_BE_REPLACED