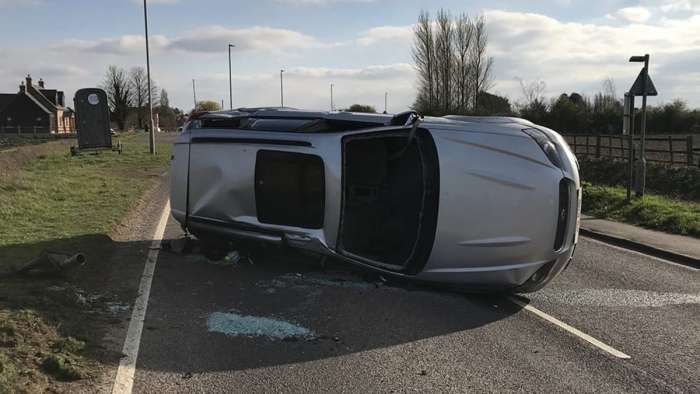 This couple claims the Subaru Outback saved their lives. See what happened to Rob and Rachel when their Outback was hit by another car.
Advertisement

Rob and Rachel Willoughby shared their story in the Subaru Magazine recently that is worth telling our readers. The Subaru brand is about safety first, and it’s part of the reason buyers choose the Japanese automaker. But when an accident happens in real life it can tell the real story of how safe a vehicle is. Rob and Rachel credit their 2006 Subaru Outback with saving their lives.

Rob and Rachel were driving their Outback along a flat, main road in Lincolnshire England when they saw a car coming towards them dangerously fast. Rob took evasive action by trying to swerve out of the way but he had nowhere to go. The rural road is bordered on both sides by farmland and they took a hard hit on the right side of the car. 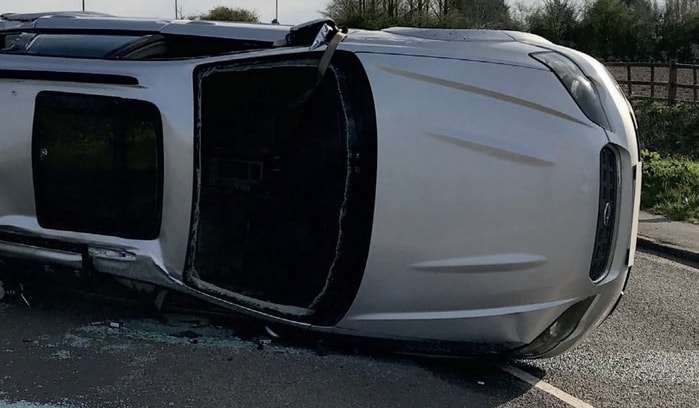 They were traveling 30 mph but the force from the car that hit them flipped the Outback into the air rolling them three times, with Rob and Rachel “on spin wash” before coming to an abrupt stop on the road.

Rob tells what happens after the crash. “I managed to clamber out, but Rachel was trapped inside. That’s a sight you shouldn’t have to see, but I could tell she was more in shock than injured. Thankfully, the emergency services swooped in within a matter of minutes, police, fire brigade, and even the air ambulance. They pulled her out quickly and treated both of us at the scene of the crash for cuts, bruises, and nasty scrapes. We were then taken to the hospital and assessed. Apart from shock and a little whiplash, we were both fine, just a little dazed.” 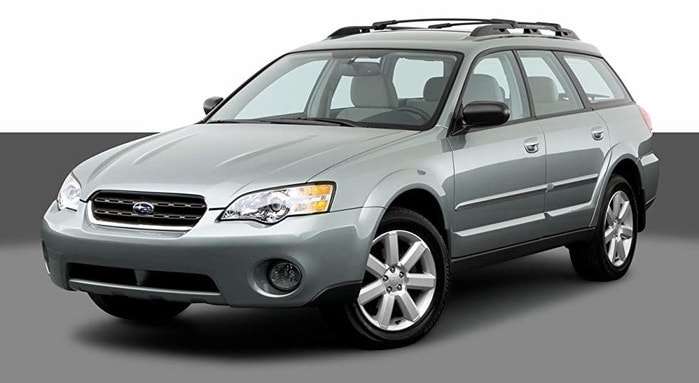 Rob credits the Subaru Outback for saving their lives. He says the 13-year-old car is sturdy, and its “bulletproof build quality” protected them from being seriously injured. Subaru uses a ringed reinforced frame that surrounds the passengers inside and the doors took the full force of the impact dissipating the energy away from the occupants inside.

Rob explains, “The car took the brunt of the accident and kept us both intact. There was hardly even any broken glass. It just soaked up the punishment as it somersaulted over the hard, sun-baked ground. I don’t know why I was surprised though, we knew it was super safe and we never ever had a single issue with it. Totally reliable, mechanically spot-on and built to keep people alive.”

Rob and Raschel with their new 2019 Subaru Outback

Rob and Rachel didn’t waste any time after the accident and went to Charles Warner Subaru in Lincoln to purchase another Outback. Rob says he chose the 2019 Subaru Outback 2.5-liter SE Lineartronic model, “a car he could trust and enjoy driving again.” The couple picked the SUV up two weeks later and even drove the same stretch of road where the accident occurred as a confidence booster.

You Might Also Like: One Safety Feature You Want But Can't Get On The New Subaru Outback

Denis Flierl wrote on September 22, 2019 - 7:52am Permalink
Do you check the crash safety scores before buying a car?

Tesla-Funded Research Reveals One of The Biggest Mysteries of EV Battery
Tesla Tesla Buyer Nets a Whopping $12,000 Discount After Asking for Reduction
END_OF_DOCUMENT_TOKEN_TO_BE_REPLACED