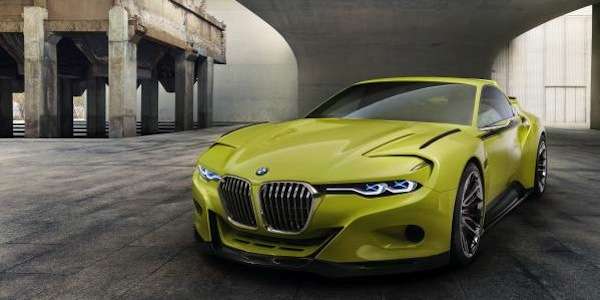 The coolest BMW coupe ever that will never make to production

BMW reveals the 3.0 CSL Hommage at Concorso d’Eleganza Villa d’Este. It’s the coolest BMW coupe ever that will never be produced.
Advertisement

The BMW Group designed the 3.0 CSL Hommage as a concept car for the show and it will never see production. It’s too bad because this BMW coupe would compete well with some of the best luxury sports coupe on the planet. It’s a product of the BMW Design Team’s imagination brought to life.

A creation for the 21st century

“The 3.0 CSL Hommage brings the character of that earlier model into the 21st century, showing it in a new and exciting guise,” says Adrian van Hooydonk, Senior Vice President BMW Group Design, summarizing the approach the design team took with the BMW 3.0 CSL Hommage.

Up front, 3.0 CSL Hommage boasts one of the broadest and lowest front ends of any vehicle in the BMW lineup. The black 21" alloy wheels in matt and high-gloss bi-color versions offer an additional unique highlight.

The BMW 3.0 CSL Hommage looks the part of a high performance car with its striking air deflectors, powerful wheel arches and a prominent roof and rear spoiler. BMW says, “The stretched flanks serve as an elegant counterpoint to the distinctly sporty front and rear end.” The sports car uses extensive use of...read more.

Inside, a central display on the steering column informs the driver of the current gear, speed, revs and shift point. Other racing features include bucket seats with high-quality stitching, a six-point belt and red anodized safety features such as the outlet nozzles for the extinguishing foam, the fire extinguisher itself, and the two switches on the center console for the emergency shut-off and fire extinguishing mechanism.

BMW says nothing about what is under the hood of the 3.0 CSL Hommage. It’s likely pushed on and off the display platform at Concorso d’Eleganza Villa d’Este. Too bad this cool BMW coupe will never make it to production.

LG's New EV Battery Plant Is a Welcome News for Tesla
Tesla Giga Berlin's New Hurdle: It's Not Only the Gov't, but Now Tesla Itself
END_OF_DOCUMENT_TOKEN_TO_BE_REPLACED