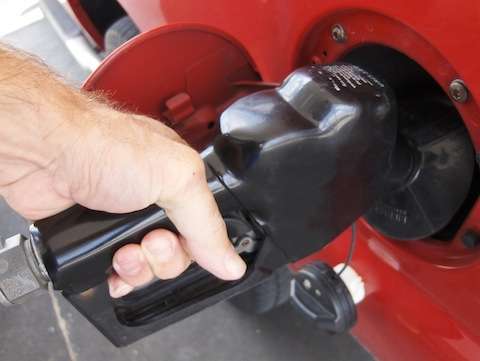 Why gas prices stick in our mind and do we have a choice?

The Memorial Day weekend is the start of the summer driving season and gas prices have consumers concerned.
Advertisement

Although gas prices are lower than they were a few weeks ago, that doesn’t stop consumers from griping about the cost of gasoline. Memorial Day is the kick-off to the summer driving season and it gets motorists talking as the weather begins to heat up. According to an article in the Tahoe Daily Tribune, Americans are obsessed with the price of gasoline more than any other item that we buy.

Economists say that gas prices stick in our mind because they are "salient." That means they stay prominent in our minds because we see them every day. Every time we pass a gas station we are reminded of the price and how it affects our wallets. And unlike bills that we pay monthly, we have to buy gas every week. As the Tahoe Daily Tribune points out, Milk is $4 a gallon, but we buy only one. When we fill up with gas, we usually have to spend $50 or more.

As the prices continue to climb, the frustration grows because we really don’t have an alternative. "The oil companies have cornered the market and they are squeezing us for everything we have," says Bob Simpson, 62, of Lodi, N.J., who pays close to $60 to fill up his Ford Escape. Americans love their automobiles and love to drive. "Driving is a symbol of freedom in the U.S.," says Shanjun Li, an economist who studies consumer behavior at Cornell University's Dyson School of Applied Economics.

The price of gasoline is affected by global factors

TDT reports that the nationwide average for a gallon of gasoline was $3.67 as of Friday. But the price of gasoline is much cheaper here in the U.S. than it is in much of the rest of the world, thanks to relatively low taxes. In Japan, gas costs more than $7 a gallon; in the UK, nearly $9. But Americans are used to relatively cheap gasoline and we are shocked when prices rise due to global factors.

What Americans don’t understand is that we live in a global market where rising demand anywhere can push up prices worldwide. And with emerging markets like China and India, world oil demand is forecast to rise to a record this year. Oil and gasoline futures are traded on financial exchanges, and the price is not set by oil companies. Investors can buy oil and gasoline futures contracts and push prices up if they fear supplies could be disrupted in the future. Or they can bet that prices will go down.

But Americans still feel like we get taken advantage of by the oil companies. "People like the idea of a free-market economy but they don't like feeling abused. The fluctuations in the gas prices make people believe this is not an outcome of a free market," says Daniel Airely, a professor of Behavioral Economics at Duke University and author of the book "Predictably Irrational."

While the price of most items fluctuate due to market influences, we are more obsessed with the cost of gasoline because we have to buy the commodity in order to get to work. We don’t really have a choice unless we want to walk, ride a bike, or take the bus. When grapes are expensive, we can buy apples instead. If we don’t like the cost of a movie at the theater, we can go to Red Box and rent a movie for a dollar.

"We are powerless," says Dave Bartiromo, 39, an internet marketing specialist from Wadsworth, Ohio. "I can get by just fine without orange juice if it's expensive. Gas is my only option." But Americans spend more on gasoline than any other country in the world because we like to drive our SUV’s. According to the Oil Price Information Service, a typical family spends 8 percent of its household income on gasoline.

Even though Americans are turning to alternative fuel vehicles, we still complain about gas prices for a number of other reasons. We are concerned that buying foreign oil sends money to countries who would like to see the U.S. economy be brought to its knees. We also have a concern that burning gasoline pollutes the air and contributes to climate change.

So we Americans continue to obsess about it and are left with nothing else to do this Memorial Day weekend but complain about gas prices and who is to blame.

LG's New EV Battery Plant Is a Welcome News for Tesla
Tesla Giga Berlin's New Hurdle: It's Not Only the Gov't, but Now Tesla Itself
END_OF_DOCUMENT_TOKEN_TO_BE_REPLACED