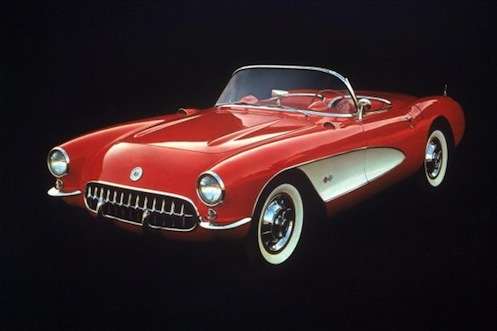 Chevrolet Corvette not acting its age in its 60th year

The first Chevrolet Corvette rolled off the assembly line on June 30th, 1953 and begins its 60th year of performance fun.
Advertisement

On June 30th, 1953, the first Chevrolet Corvette rolled off the assembly line in Flint, Michigan and it changed the American automotive landscape forever. The Corvette was a two-seat roadster, had no roll-up windows, no exterior door handles and had a new fiberglass body instead of being stamped from steel. The all-new Corvette was a car that was meant for two people to enjoy the thrills of top-down fun.

Many thought the Corvette was just a passing fancy and wouldn’t last much longer than an initial run of a few dozen units. But here we are 60 years later, and the Chevrolet Corvette has lasted for six decades and is a true American icon. Anyone who has ever owned one of these sports cars will always have a special place in their heart for the Corvette.

“Through the years, Corvette certainly offered state-of-the-art features, designs, technologies and performance,” said Tadge Juechter, vehicle chief engineer for Corvette. “However, I think what has made the Corvette such an enduring concept is the exciting experience of driving one.

“No matter what your station in life, when you’re behind the wheel of a Corvette, you’re an Olympic athlete – able to go faster, stop quicker, and turn better than everyone else,” Juechter continued. “Very few cars can match that experience. And no other car has delivered that experience as well, or to more people, than the Corvette.”

The first Corvette was unveiled in January, 1953 at the GM Motorama show in the ballroom of the Waldorf Astoria Hotel in New York City. People lined up around the block to catch a glimpse of the new Corvette and it created a firestorm of excitement at every other Motorama stop around the country. The Corvette was so popular that Chevrolet decided to immediately put the two-seat sports car into production.

Chevrolet initially built 150 Corvettes to draw customers into their dealerships, but overwhelming demand doubled the production number to 300 that first year. Chevrolet knew they had a winner and in 1954, 3,640 Corvettes rolled off the GM assembly line in St. Louis, Missouri. Since 1953, more than 1.5 million Corvettes have been produced by Chevrolet, and the car has become synonymous with performance here in America.

Chevrolet is planning events throughout the year to celebrate the last 60 years. They will highlight 60 years of Corvette design, performance and technology milestones. The first Corvette that rolled off the assembly line in 1953, sparked a 60-year love affair with the Corvette that continues today.