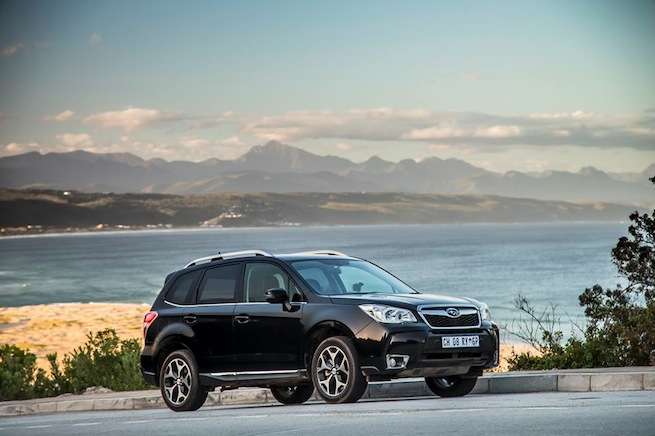 Brilliant 2014 Subaru Forester will keep the brand number one

Subaru is the fastest-growing automaker in the U.S. Even Subaru didn’t have a clue the new 2014 Forester was going to be such a big hit with current and new customers. They knew they had to completely redesign the previous generation Forester because of declining sales and lack of interest. The Forester had grown stale and it needed a complete makeover badly. So engineers and designers in Japan, Europe and the U.S. put all their resources together to come up with the new fourth-generation Forester.

It’s been a huge hit with loyal Subaru customers, and especially with first-time Subaru customers. Bill Cyphers, senior vice president of sales, Subaru of America, Inc. “Almost 60 percent of our sales this year have been to customers new to the brand and we have worked closely with our parent company to smartly manage our inventory to meet the demand.”

It shouldn’t be a surprise, but the all-new 2014 Forester is a big part of driving the sales success Subaru is experiencing. The new SUV is selling extremely well here in the U.S. which is Subaru’s largest market in the world. It’s also a global car and selling well in Australia and China.

Buyers are impressed with the new crossovers styling and amenities. October sales for the new 2014 Forester increased 137 percent, reaching 12,581 vehicles sold. And Forester sales were up 56.7 percent since the beginning of the year.

Sales will likely blow away the companies sales projection of 365,000, the target they set at the beginning of the year. Cyphers said in an earlier press release, “With strong owner loyalty and new owners joining our brand at a record pace, we expect to close the year with more than 400,000 vehicles sold.”

Forester keeps getting more love and has just been recognized by Consumer Reports as being the most reliable vehicle they surveyed. According to the Consumer Reports survey, they predict the reliability of 2014 model year cars by gleaning information from more than 1.1 million subscribers. The 2014 Forester came out on top of all others surveyed.

Buyers are also being drawn to the new crossover because it’s one of the safest SUVs on the road. The Insurance Institute for Highway Safety (IIHS) named the 2014 Forester a 2013 IIHS Top Safety Pick+. Forester is the first vehicle ever to ace every aspect of the challenging small overlap front crash test conducted by the IIHS.

The new fourth-generation 2014 Subaru Forester was also just recently named Motor Trend 2014 Sport/Utility Vehicle of the Year, a second win for Forester and a third win for the Subaru brand. It looks like Subaru has a big hit with the newly-redesigned Forester.