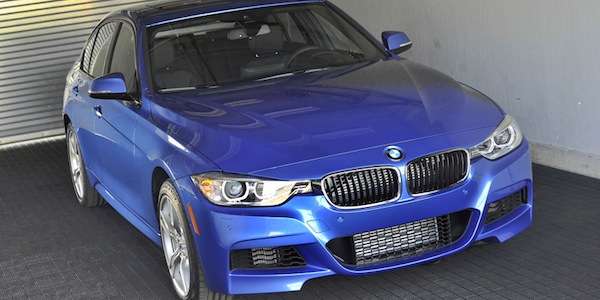 BMW is recalling 2012-2015 3 Series models for a exterior lighting issue. Is your 3 Series on the list?
Advertisement

BMW of North America issued a recall for 2012-2015 3 Series models because of a lighting issue due to a software glitch that could make the front side marker lights inoperative. This is according to information from the National Highway Traffic Safety Administration (NHTSA).

What models are affected?

The problem relates to new software in the 3 Series that inadvertently makes the front side marker lights inoperative in conjunction with the parking lights or headlights according to NHTSA. The vehicles could be less visible at night if the side marker lights do not illuminate “increasing the risk of a crash.”

There have been no accidents resulting in injury or death linked to the lighting issue according to BMW of North America. The issue can be fixed by an authorized BMW dealer uploading the revised software. NHTSA says the 2012-2015 BMW 3 Series recall will begin on October 9, 2015 and owners can contact BMW customer service at 1-800-525-7417 for more information.

Tesla Contemplates A New Strategy for China Retail even As Sales Boom
Jay Leno on Elon Musk & EVs: “I Think He Should Get ... Credit"
END_OF_DOCUMENT_TOKEN_TO_BE_REPLACED