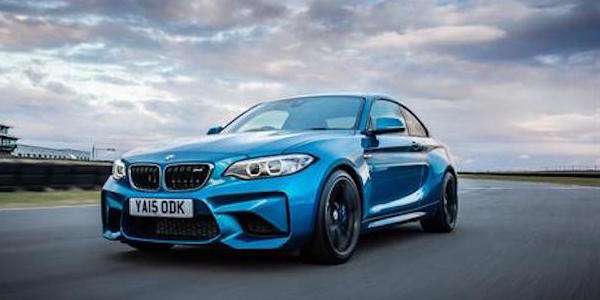 The 2016 Goodwood Festival of Speed will feature BMW as the Central Feature Marque. The M2 will be on center stage.
Advertisement

Is there a better place to exhibit BMW Ms newest performance car, the M2, than at the 2016 Goodwood Festival of Speed? It will happen this June as BMW celebrates its centenary year. BMW will be the Central Feature Marque at the Goodwood Festival of Speed with the theme “‘Full Throttle-The Endless Pursuit of Power.” It will be the perfect backdrop for the high-performance M2 Coupe to show off its power.

The 100 year-old German automaker will get its own “M Avenue” at the festival this year where iconic BMW M cars from the last 40 years will be displayed alongside all the new M performance vehicles, including the new BMW M2. Performance fans will get to see the new M2 as it will be sure to give a good demonstration of its power as it motors around the famous track.

BMW M2 gets first award in the UK

The BMW M2, the latest compact coupe from BMW M GmbH, is making its dealer launch all over the globe this month. The BMW M2 Coupe is the most anticipated car to come from the Bavarian automaker in a long time. It’s the answer to what performance fans have been asking for. The BMW M2 is a return to a smaller, nimble, rear-drive sports coupe and is likely the most exciting car to come out of BMW M GmbH in years. It just received its first global award as BBC Top Gear Magazine’s Coupe of the year.

Other BMW M machines from the past and present

The BMW M4 GTS will be also seen for the first time at Goodwood 2016. It will make its way up the hill powered by a six-cylinder in-line engine that develops 500hp with the help of a new water injection system. BMWs from the past making their way up Goodwood’s famous 1.16-mile course will include a 1957 BMW 507, the Mille Miglia-winning BMW 328 Touring Coupe from 1940, and a 1965 BMW 1800 TiSA – an early example of BMW’s unparalleled success in touring car racing. There will also be a number of classic and modern BMW bikes including a 1966 BMW R50 S Kaczor, a 1976 BMW R90 S 76 and legendary WR 750 Kompressor from 1929.

The Goodwood Festival of Speed is being held from June 23-26. Performance fans will get to see all of BMW’s M machines at the festival. The newest M vehicle, the 2016 BMW M2 will likely be a big hit on the “M Avenue” and as it puts on a good demonstration of power around Goodwood’s famous 1.16-mile course.