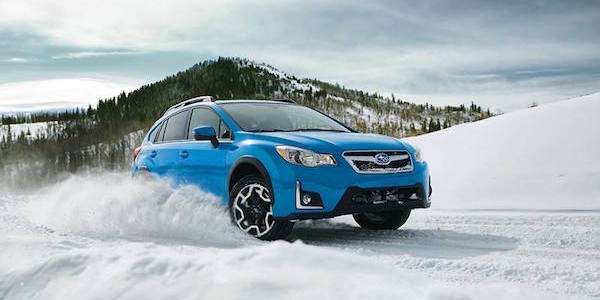 “Alaska: The Last Frontier” star drives a Subaru and says you should too

There’s 4 reasons why “Alaska: The Last Frontier” star, Eivin Kilcher drives a 2016 Subaru Crosstrek. Why is he passionate about the brand?
Advertisement

Eivin Kilcher, star of “Alaska: The Last Frontier”, has been a Subaru owner since 1999 and thinks you should own one too. Why is he passionate about his 2016 Subaru Crosstrek? In Alaska, Subaru can be a good choice on the snow-covered streets. Kilcher has been a Subaru owner since 1999 and from the picture of the car on his Facebook page, it looks like he still owns the sedan and chopped the top off his Subaru Legacy and turned it into a convertible.

He likes the brand so much that he agreed to do a commercial for Subaru. He owns another Subaru now, a 2016 Subaru Crosstrek, because it features all-wheel-drive which gets him where he needs to go in the frozen Alaska tundra. He also likes the crossover because it’s a good multi-purpose vehicle for their growing family. Back in September, People shared the news that Eivin and his wife Eve had just had a daughter named Sparrow Rose. They also have a son Findley at home.

Another reason the Filchers like Subaru is because of their top safety ratings which will keep their young family safe in the event of a crash. Subaru is the only manufacturer with IIHS Top Safety Picks for all models for seven consecutive years (2009-2015). His new Crosstrek just received another safety award in Japan.

In the TV spot that aired on the Discovery Channel, Eivin talks about how he loves sharing nature with his son and finding places that are totally untouched. The TV star wants to teach his son how to leave these areas as untouched as possible while still enjoying them. Eivin wants natural things to be passed down to America’s next generation and he says America’s land is a legacy.

It’s the fourth reason why he likes the Subaru brand. Subaru attracts a new generation who lead active lifestyles and love the outdoors. Alan Bethke, vice president of marketing, Subaru of America, Inc says, “Many Subaru owners enjoy the outdoors and support environmental conservation and so we want to encourage more people to visit America’s national parks to fully experience the great outdoors.” At the end of the Subaru commercial, they explain, “Subaru is working toward a sustainable future for national parks with its Subaru Zero-Landfill Initiative.”

Eivin Kilcher of Alaska believes in the importance of preserving nature for future generations. In the TV spot, Eivin explains that he wants to introduce his son Findley to the beauty of nature while teaching him to leave it as untouched as possible. The “Alaska: The Last Frontier” star drives a 2016 Subaru Crosstrek because the brand shares his values. He says you should own one too.