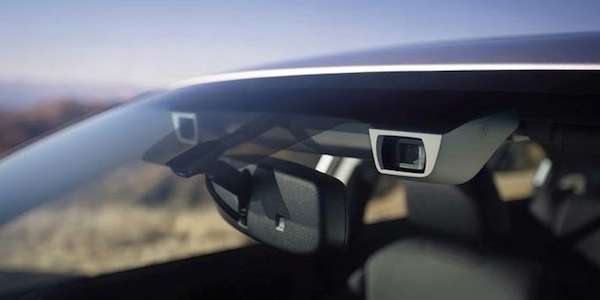 6 safety improvements Subaru made to the new 2015 Legacy

The all-new Subaru Legacy is one of the safest new sedans on the road. 6 new improvements set the new Legacy apart.
Advertisement

Subaru’s commitment to safety is now new, but there are 6 new improvements to the 2015 Legacy that make it even safer. Subaru’s long-term safety commitment is highlighted by its decision to add the award-winning EyeSight driver assist system to every new 2015 Legacy sedan in the lineup. The new sedan is called Liberty in Australia, and it’s launching there in January 2015. It gets the same safety systems that Legacy gets in other global markets. Here’s six new safety systems on EyeSight for the 2015 model year.

THe new sixth-generation Liberty will have the latest version of EyeSight, which adds brake light recognition, pre-collision steering assist and an approximately 40 per cent improvement in distance and wide angle range, to its already impressive credentials. EyeSight uses stereo cameras mounted at the top of the windshield, capturing “live” images of the road ahead. This helps both car and driver to react instantly to potentially dangerous situations. This can help prevent collisions, or reduce impact damage.

The new-generation EyeSight on the new Legacy (Liberty) gets 6 new improvements for 2015. It now features Collision Braking that is augmented with braking assistance. It also comes with Pre-Collision Steering Assist, if the possibility of collision with a vehicle or obstacle in front occurs, Vehicle Dynamics Control activates to assist the driver in potentially avoiding it.

Adaptive Cruise Control features improved performance when a vehicle cuts in front of the car during traffic jams and on highways. There are four levels of inter-vehicle distance setting. EyeSight gets an overall performance improvement and uses the latest 3D image processing for easier recognition of lateral and distant vehicles, stabilizing control in all speed zones and improving pedestrian pre-collision detection.

EyeSight now gets Logic improvements which contributes to better system operation, helping maintain performance in bad weather conditions. It also received Structural revisions where the cameras are positioned closer to the windshield to reduce cabin intrusion.

In Australia, EyeSight has attracted insurance premium reductions for vehicle owners from Allianz and IAG, and last month in Japan three Subaru models equipped with EyeSight were awarded top ratings in a new type of assessment conducted by the Japan New Car Assessment Program (JNCAP).

Other international awards for EyeSight

Other international acclaim for EyeSight included a maximum six point rating in Front Crash Prevention (FCP) tests conducted by the Insurance Institute for Highway Safety in the United States. The superseded Subaru Legacy sedan (Liberty in Australia) and Outback were the only vehicles to receive the top rating.

The new 2015 Subaru Liberty (Legacy in the U.S.) is getting ready to launch in Australia and all models will now feature the new safety system EyeSight.