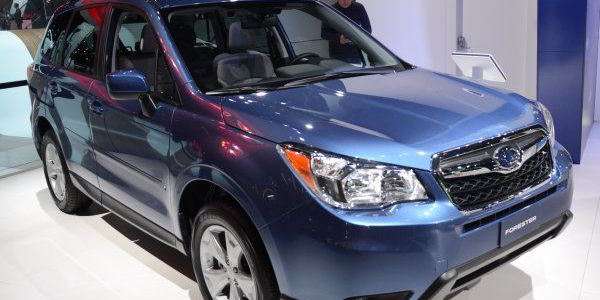 4 ways new Subaru Forester watches the road for you

The 2016 Subaru Forester wins Top ASV+ rating in Japan’s JNCAP. How does the new Forester watch the road for you?
Advertisement

When it comes to preventative safety the 2106 Subaru Forester wins big in Japan’s top safety rating. It’s not just the Forester that is winning for Subaru, it’s their entire vehicle lineup. This time, it’s the Forester SUV picking up Japan’s top safety rating in the Japan New Car Assessment Program (JNCAP) preventive safety performance assessment. What does this mean for consumers?

The new Forester watches the road for you

Subaru prides itself on building the safest vehicles on the road. Fuji Heavy Industries (FHI), manufacturers of Subaru cars, designed a preventative safety feature called EyeSight. FHI launched the EyeSight safety system in 2008 and is the world’s first system to solely use stereo camera technology. It watches the road and helps prevent accidents by alerting the driver to potential dangers in the front, sides and rear of the vehicle before a crash occurs.

Along with the front detection in EyeSight, the enhancements to the system now allows the system the detection of the rear side by the radar system. The system features the new Subaru rear vehicle detection (rear side vigilance support function) which includes a blind spot detection, lane change assist and rear cross traffic alert.

Forester comes out on top

Subaru’s 2016 Forester achieved the ASV+ rating with the highest possible score of 46 points. It's not just Forester, all of Subaru’s EyeSight-equipped models ever tested in the assessment so far have been awarded with ASV+ designations. EyeSight’s technology has also been highly rated by the IIHS in the U.S. and gets high marks from Japan’s independent agency. Consumers can be confident in Subaru’s strong pre-crash safety performance.

Elon Makes a Cybertruck Statement With an Action, But Quiet in Words
Tesla's Record Month in China: Doubled Registrations in March 2021
END_OF_DOCUMENT_TOKEN_TO_BE_REPLACED