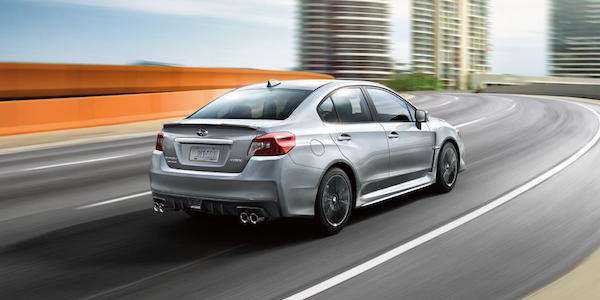 Subaru’s 2017 WRX performance sedan and higher performance WRX STI stablemate had their best month ever in July. Canadians purchased more of the sports cars than ever before last month. They had an impressive increase of 30.7 percent over the same month last year. It’s not the same in the US market.

In the U.S., WRX/STI saw a drop of 11.5 percent likely due to supply issues for the Japanese automaker. Maybe Subaru shipped all their performance sedans to Canada instead of the US. Canada had plenty of the four-door sedans on hand at their dealer network, and Canadian performance enthusiasts responded. July sales propelled the iconic rally-bred sports car to a new record.

WRX and WRX STI are not the only models selling well in Canada. Subaru’s compact crossover, Crosstrek and their SUV alternative Outback wagon also had record July sales. Crosstrek was up 6.5 percent this past July. New 2017 Outback sales skyrocketed with an increase of 40.5 percent over the same period last July.

New Canadians are attracted to the all-wheel-drive models

Subaru is attracting more first-time buyers to the the brand who have never purchased their all-wheel-drive vehicles before. It’s propelling the small automaker towards its fifth consecutive annual sales record in Canada. Shiro Ohta, chairman, president and CEO of Subaru Canada, Inc says, “Our fundamental approach of product-focused selling and strong dealership network attract more and more Canadians to the brand.”

Subaru is all about safety and the 2017 Subaru WRX (with Sport Lineartronic transmission) now offers Reverse Auto Braking. It’s included on 2017 WRX Limited models equipped with EyeSight. Blind Spot Detection/ Rear Cross Traffic Alert is now available on the base 2017 WRX STI for the first time.

WRX models equipped with EyeSight now come with Steering Responsive Fog lights. This works when the fog lights are turned off and activates the left or right fog light independently, depending on the vehicle speed and steering angle. The feature provides enhanced illumination in the direction of the turn. The fog lights are pre-aimed for maximum coverage in corners.

Subaru is bringing new products and more new safety features to their showrooms later this year when they launch the all-new 2017 Impreza sedan and 5-Door compacts. Before the new Impreza arrives, Subaru is busy selling record numbers of the 2017 WRX, WRX STI performance sedans, Crosstrek crossovers and Outback wagons.