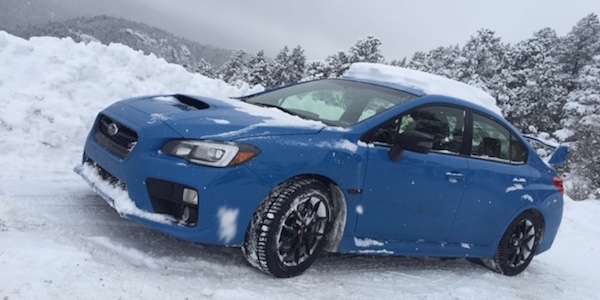 What happens when you mix a special edition 2016 Subaru WRX STI and 14-inches of snow? Hang on.
Advertisement

A brutal storm in February can bring out the best in a Subaru WRX STI and winter storm Kayla did. It was a good mix of horsepower and AWD vs snow and ice when winter storm Kayla hit Colorado and the Rockies with a vengeance. Who won this challenge? We knew the high-performance sports car from Subaru was good before, but our respect for the Subaru STI went up about 10 notches after our week with the performance sedan this week in extreme conditions. It was perfect timing for us to experience the performance sedan’s true winter capabilities. 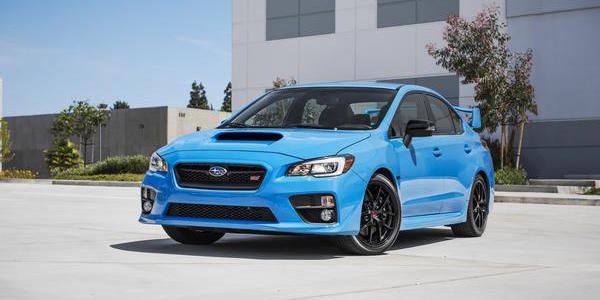 The special edition 2016 Subaru WRX STI Series.HyperBlue arrived in bright sunshine and warm temperatures giving us a stress-free ride for a few days. We’ve driven many WRX STIs in Colorado before, so we knew what to expect on the dry roads and tight mountain corners. It was a different story in serious winter conditions like we had last week here in the high country.

Winter tires are a must

When winter storm Kayla arrived, we had to dig out the special blue model out from 14-inches of the white stuff. We checked the rubber to make sure the Blizzak snow tires were in good condition before heading out for a day on the icy and snow-packed roads west of Denver. Without good meats at all four corners, the STI will end up in the ditch, or worse, involved in a serious accident. There’s too much horsepower for summer tires, and grip will be sketchy at best. 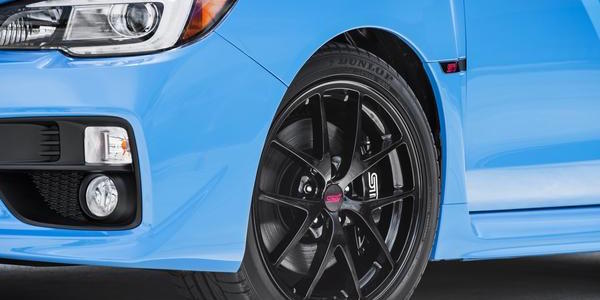 Living in Colorado’s high country at 8500 ft elevation gives us the ability to test all our rides at altitude on mountain roads which is the perfect environment to drive our test vehicles. We powered up the 2.5-liter turbo boxer and let it warm up before heading out. We flipped on the heated seats in the special edition model, cinched up the seat belts and knew we were in for a fun ride on the snowy mountain roads.

What we experienced was heart-pounding excitement

One of our Torque News writers, Aaron Turpin says all auto journalists are addicted to something. It could be alcohol, cigarettes or something worse. This writer is addicted to adrenaline-pumping horsepower and high-performance driving. It completely eliminates the need for expensive professional counseling. The Subaru WRX STI is the ultimate way to work out the need for this rush.

STI on the snowy roads

We put the STI in reverse, backed out of the freshly-shoveled parking spot and headed out on the snow-packed road. It had just been plowed, which makes it even slicker than plowing through fresh fallen powder.

The WRX STI carved the snowy tight corners with ease and we never felt out of control. We had built up confidence in the STI’s abilities over years of driving the performance machine. The road was secluded giving us ample opportunity to push the sedan hard around the curves. If we began to slide, we would give it more power and the sports car responded with its rally-bred suspension digging in to the snow harder. Now we know how David Higgins feels on the rally stages at Sno*Drift Rally.

We also had the opportunity to experience the roads at night on the way home from the office. We turned on the brights, switched on the fog lamps and powered up the dark road carving the inside curves without letting up. It left us even more impressed with the STI’s all-wheel-drive abilities than before. 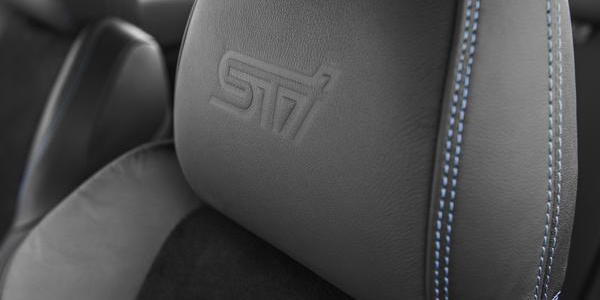 Special features inside and out

Series.HyperBlue WRX STI comes standard with keyless access with push-button start and PIN Code Access. Standard welcome lighting automatically turns on interior illumination and exterior lights as the driver approaches or departs the car. The limited edition 2016 Subaru Series.HyperBlue WRX STI is priced at $39,790 including destination ($795) and is limited to just 700 examples in the U.S.

Climbing aboard, you can’t miss the thick flat-bottomed steering wheel with integrated audio and Bluetooth. The leather Alcantara-trimmed interior with blue stitching sets off the cabin giving it a custom look. The cabin feels roomy and the extra inch added to the wheelbase gives the driver and rear passengers more legroom than the previous generation model. There’s plenty of soft-touch materials on the dash and door trim. 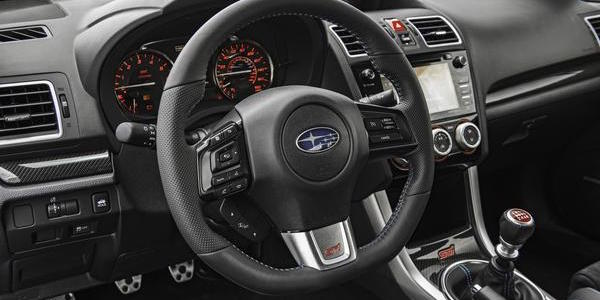 The performance-design front seats are a strong point in the STI. Normally this driver gets cramps in my right leg after driving for awhile. Probably because I have my foot buried in the gas pedal. But these STI seats are the most comfortable seats of any car we’ve driven. We spent hours in the test car and my leg never cramped up once. And they kept us firmly planted in the seats during spirited driving in the snow this week. 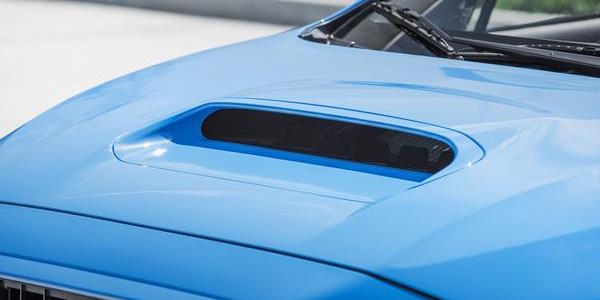 The WRX STI Series.HyperBlue is powered by the standard STI 2.5-liter turbocharged Subaru boxer four-cylinder engine producing 305hp and 290 pound-feet of torque. It comes mated to an STI Short-Throw Shifter for the 6-speed manual gearbox. Fuel mileage is an EPA estimated 17/23 mpg city/highway and 19 combined mpg. 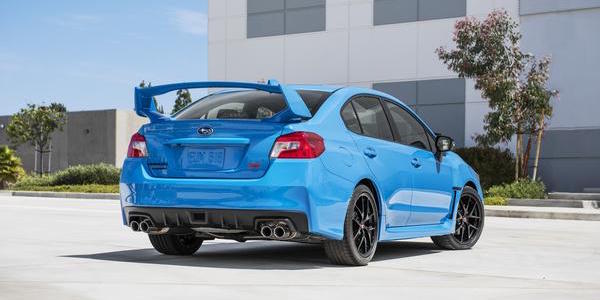 The 2016 Subaru WRX STI Series.HyperBlue is special in more ways than one. It’s not only a special edition car with a different color, it’s a special performance car that will handle the most extreme conditions on the planet. The STI was developed on the rally stages, and it’s a unique sports car for the serious performance enthusiast. If you want a car that pegs the fun-to-drive meter in all-weather situations, the STI is a must-drive performance car.