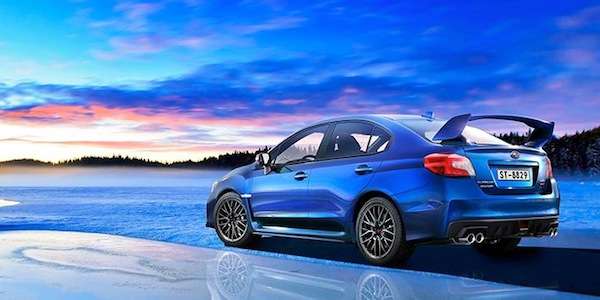 The new-generation 2015 Subaru WRX and WRX STI have their best year ever in the U.S. and is seeing success around the globe.
Advertisement

Subaru seems to be shifting all the right gears with their performance cars, the newly redesigned 2015 WRX and WRX STI. Sales of the Japanese automaker’s sporty models have never been better and Subaru of America reports record sales in 2014 for the new performance sedans. Performance enthusiasts in the U.S. bought 25,492 WRX/STI’s last year.

WRX/STI see the biggest increase in the lineup

In the U.S., demand for the performance models has never been higher. The sporty models saw the biggest percentage of increase of any Subaru model in 2014 with an increase of 41.87 percent. It was also the best December ever for 2015 WRX/STI with a 67.62 percent increase over the same period last year.

The new-generation WRX/STI is hot in all of North America and Subaru Canada Inc. (SCI) reports the sports cars saw a sales increase of 78.9 percent with 161 units sold for the 2015 WRX STI line in December alone. SCI is seeing success across the whole Subaru lineup with the best December ever and the highest annual sales on record.

REX is hot in Australia

Australia, Subaru’s third largest global market, has always been a hot market for the rally-bred WRX/STI sports cars. Subaru has a rich history in Australia with the World Rally Championship that began in the 1990s. In 2014, the 2015 WRX/STI was one of the star performers for Subaru and posted combined total sales of 3554. This represents the best average monthly sales figure for the turbocharged dynamic duo since the late 1990s and a 91.6 percent increase over 2013.

In it’s home market of Japan, sales are down for the brand and if it wasn’t for the new-generation WRX S4, WRX STI Type S and the sporty LEVORG sports tourer, sales would have been dismal because of the poor economy in Japan. Sales of the performance models have been hot in the home country and the Japanese automaker reported the original projection was that they would sell 650 units the first month. Orders for the new performance sedans were six times that amount with 3,835 units in the first 30 days. Both performance models continue to be a big hit in their home market.

The biggest issue for performance fans is the long wait to get one of Subaru’s sporty models. Loyal WRX/STI fans were put on waiting lists, and many buyers have waited 6 month’s to get their new cars from the factory in Gunma, Japan. With the 2015 Subaru WRX starting at $27,090 (including destination) and 2015 Subaru WRX STI starting at $35,290, the all-wheel-drive performance models remain a good value for performance enthusiasts. They are happy they waited.