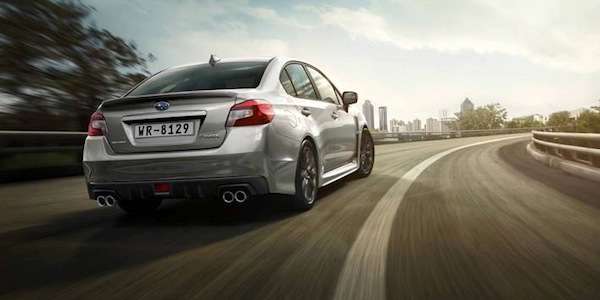 The 2015 Subaru WRX has received a five star rating for safety from ANCAP.
Advertisement

The Subaru brand is all about safety and the all-new 2015 WRX has received the highest safety rating from ANCAP. Subaru has received top safety ratings all over the globe and this latest is from Australia’s ANCAP. The new 2015 Subaru WRX hasn’t even reached the market, but the Japanese automaker presents all its cars for assessment by the crash safety experts before they reach the local market.

The 2015 WRX launches in Australia next month, but it’s already received five stars for safety. Subaru has received the Five-star safety rating across the entire lineup and it’s a key plank of the brands on-going marketing campaign. And according to ANCAP, the new 2015 WRX has achieved a 'good' result for pedestrian safety, which is a relative rarity in Australia.

WRX joins a small group of current models that have achieved the top pedestrian protection result of 'Good', which is a step above the current minimum 5 star standard of 'Acceptable'. "This is the direction in which we want to see manufacturers heading," said ANCAP's Mr McIntosh.

McIntosh went on to say, "In recent years we've seen manufacturers achieve vastly improved results with the majority of major brands now building to five-star standards. What we want to see now is manufacturers striving beyond the requirements, offering even higher levels of structural and active safety to consumers." The Subaru brand is doing this across its lineup.

Subaru is the leading automaker in safety and has achieved a five star rating from ANCAP for the 2015 WRX performance sports car. Performance enthusiasts now have one of the safest sports cars on the planet.

Other Subaru safety stories of interest.