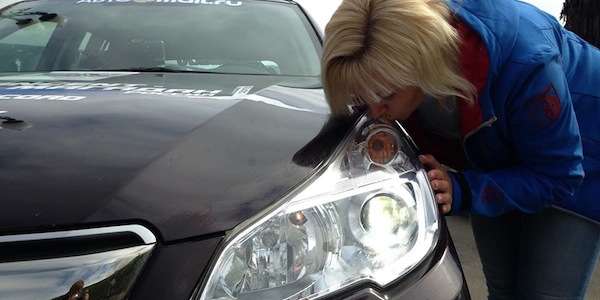 Why did Subaru feel the need to show what the new 2015 Subaru Outback is capable of by setting fastest the road-rallying world record? That the wagon can take on extreme conditions over the longest road in the world that any car can drive within the boundaries of a single continent. And the Subaru Outback pulled it off and has set a new Guinness record by making the fastest rally at a distance of more than 10,000 kilometers (6,213 miles) in a production car.

What did the Outback accomplish?

Subaru Russia launched the expedition with the Subaru Outback in Portugal just over 7 days ago successfully finished in Magadan yesterday. Crew members Andrei Leontiev and Anna Zavershinskaya set the new Guinness record. Their journey in the Outback was the fastest in the world at a distance of more than 10,000 km. The crew managed to overcome the distance of 16,000 kilometers in just 7 days and 12 hours.

The long route consisted of 25 check points along the way. It was built in such a way that made it the longest route which can be routed within a single continent. During the record rally, Andrew and Anna in the Subaru Outback visited Cape San Vicente (starting point), Madrid, Bordeaux, Paris, Cologne, Dortmund, Frankfurt, Warsaw, Brest, Minsk, Moscow, Nizhny Novgorod, Kazan, Naberezhnye Chelny, Ufa, Chelyabinsk, Omsk, Novosibirsk, Kemerovo, Krasnoyarsk, Irkutsk, Ulan-Ude, Chita, Yakutsk and finished in Magadan.

The last stage was the toughest

At the last stage in Yakutia, the expedition faced extremely harsh road conditions with the complete absence of asphalt pavement. But even on the extremely rough roads Subaru Outback did not slow down and confidently finished in Magadan, giving the title of world champions to the Subaru crew.

When we first reported this world road-rally attempt, it was expected to take 15 days to complete the longest road trip. But the 2015 Subaru Outback team was able to complete it just over 7 days. Subaru is not new to rally racing, and the brand is showing the new Outback wagon will handle extreme roads and can conquer the longest road in the world.

Congratulations to Andrew, Anna, as well as all road Subaru Team Russia for setting this new Guinness world record in the 2015 Subaru Outback.