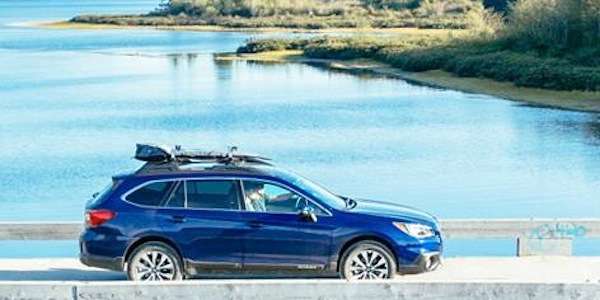 The 2015 Subaru Outback is now the best selling vehicle in Colorado. Why is Outback outselling the Ford F-150?
Advertisement

The Rocky Mountain area and Colorado has been pickup country for as long as anyone can remember. The Ford F-150 has been the best selling vehicle in Colorado for decades until now. There’s a new sheriff in town, and it’s the 2015 Subaru Outback that’s won the race in the Rocky Mountain State.

Even before Subaru gave the Outback a complete remodel for 2015, the SUV-alternative has been gaining ground on the F-150 pickup in Colorado. Now that the new 2015 Outback SUV-alternative has arrived in dealer showrooms, Subaru can’t produce enough for buyers in the Rocky Mountain region.

Subaru is attracting a new generation of buyers

Denver is the fastest growing state for millennials (18-34 years old) moving in, and this new generation of active buyers are being attracted to the new Outback wagon for its multi-purpose use. Subaru reports that over 60 percent of buyers are new to the brand. These new buyers with active lifestyles are using the all-wheel-drive vehicle for commuting during the week and for recreation on the weekends. It’s difficult to even find an Outback to buy in the Denver market and dealers could sell more if they had them.

The all-new 2015 Outback is one hot car in the Subaru lineup. The new Outback wagon is selling so fast, Subaru dealers can’t keep the new all-wheel-drive vehicles on their lots. It’s setting records in...read more.

Subaru has a stronghold in the Rocky Mountain states because of their all-wheel-drive capability and multi-purpose use. Yahoo Autos asked IHS Automotive to share their count of the most popular vehicles of 2014 broken down by state.

Subaru Outback is selling well around the country

The biggest surprise was that Outback outsold all other vehicles in other areas of the country too. Last year, Subaru sold 138,790 Outbacks, which is about 1/3rd of what Honda moved in Accords. Those sales were enough to make Subaru Outback the most popular new model among customers in Washington, Colorado and Maine, while the new Subaru Forester was the top seller in Connecticut. Another important fact from IHS, was that unlike most automakers, Subaru sells virtually no vehicles to fleet or bulk buyers, so the numbers aren’t skewed from commercial sales.

The newly-remodeled 2015 Subaru Outback is a hot model in the brands lineup and the SUV-alternative vehicle is the number one selling vehicle in Colorado. In other snowbelt states where the Ford F-150 was tops in sales, the Outback was also the most popular car. Dealers wish they had more on their lots to sell.