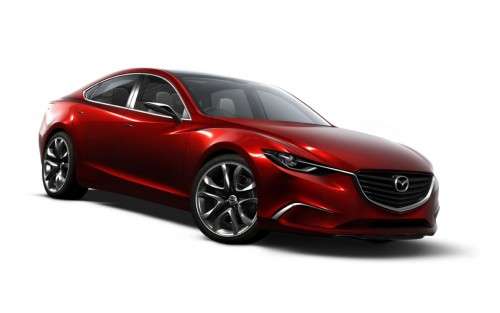 As is the practice of most automakers, Mazda has released the first teaser video of the all-new 2014 Mazda6 before its official release. Mazda will begin this week and continue throughout the month with a series of short 20 second spots to wet our appetite for the upcoming redesigned mid-size sedan. Each new video will focus on different angles and features of the new Mazda6. The final video will be released later in the month and will capture the first four initial spots and will give us the final view.

Mazda tells us the all-new 2014 Mazda6 will be their second vehicle to get the full scope of their new SkyActiv technology that incorporates both outstanding engine performance and fuel-efficiency. The 2012 Mazda3 was the first Mazda vehicle to incorporate SkyActive technology.

The technology uses their new-generation 2.0-liter engine with the latest direct-injection. The new technology uses ultra-high compression ratios in the combustion chamber to produce more power and deliver efficient performance. The 2014 Mazda6 engine will also be mated to the new SkyActiv transmission. The 2013 CX-5 was the first vehicle and global launch to get the full suite of SkyActiv technologies, and the 2014 Mazda6 will also be offered with the new engines, transmissions, body and chassis components.

The first 2014 Mazda6 video released today, introduces the all-new mid-size sedans front fascia and head lamp.  The car will feature Mazda's new five-point grille and the the new lines that Mazda calls the KODO "Soul of Motion" design language. The first teaser spot shows shaded images of the Soul Red vehicle as it fades in and out.

The video below shows the new 2014 Mazda6 and it looks very similar to the TAKERI Concept pictured above, which made its North American debut the New York International Auto Show in April. The concept vehicle could have given us a sneak preview of what the new Mazda6 will look like when it’s unveiled later this year. The car featured a definitive chrome "signature wing" and the front facia looks strikingly similar to the TAKERI concept.

The second video will be released shortly, and will give us a view of the 2014 Mazda6’s headlights, hood, front fenders and outside mirrors. The all-new 2014 Mazda6 will be officially released later this year.

Check out the first 2014 Mazda6 video teaser below. Click here to watch No 2 video teaser.