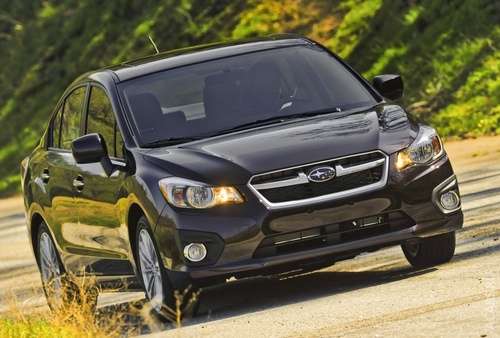 The 2012 Subaru Impreza has set some very impressive sales records for the month of July.
Advertisement

Subaru has reported sales for the month of July and the 2012 Impreza leads the list with some very impressive numbers. Overall, July marks eight consecutive months of sales gains for the Japanese automaker with year-to-date sales up 23 percent. In July, Subaru of America sold 25,183 vehicles. a 16 percent gain over the same month last year. The company also reported year-to-date sales of 189,487 which is an even more impressive 23 percent increase over last years numbers.

But the most impressive number on the report is that sales of the 2012 Subaru Impreza have doubled month-over-month. The 36 mpg Impreza is attracting new buyers faster than any other car in the Subaru lineup. The report from Subaru of America says that the 2012 Impreza has a 159.73 percent increase YTD. The next nearest car in the lineup is the Legacy with a 10.69 percent increase. So what is going on with the Impreza that is attracting new buyers at such an astounding rate?

Impreza gets a bold new design

The fourth generation Subaru Impreza is all-new for the 2012 model year and the complete makeover is attracting new buyers beyond the faithful loyalists. Things are changing at Subaru and the company is moving into new territory with the all-new 2012 Impreza. The Japanese company has traditionally been very conservative in their approach, but Subaru has stepped out with bold new styling that they originally hoped would reach out to a new brand of buyers. And it looks like Subaru has succeeded in a huge way.

The popular sedan still maintains its solid structure with a boxer four-cylinder engine, and on-demand all-wheel-drive. But for 2012, something new, and almost un-Subaru, has been added to the Impreza. It gets a new exterior styling that moves the Impreza into the twenty first century. It not only gets new exterior styling but a new stylish cabin as well.

And the fact that the new 2012 Impreza, stayed at the same base price as the 2011 Impreza ($20,595), surely is a factor also in the increase in sales. The new 2012 Impreza achieves a significant jump in efficiency, value for dollar and appeal.

The 2012 Impreza has been completely redesigned underneath as well. It gets an all-new 148-horsepower 2.0-liter four-cylinder engine that was downsized from last year's 2.5-liter. The new engine produces similar power and performance, but fuel efficiency has been increased by a whopping 36 percent. The 2012 Impreza 2.0i gets a stellar 36 mpg highway estimated fuel mileage rating with the CVT. That makes the Impreza the most fuel-efficient all-wheel-drive gasoline-fueled car on the planet.

Budget conscience consumers are more educated today than ever before and they are looking for the best value for their dollar. The all-new Impreza for 2012 has added style, comfort and value that is attracting new buyers at an astounding rate well beyond the faithful Subaru loyalists. It looks like Fuji Heavy Industries has hit on the right formula with the 2012 Subaru Impreza.

Nicolas Zart wrote on August 11, 2012 - 4:15am Permalink
It proves to show, build a quality car at a rather affordable price and it will sell. Last time I checked, 98% of all Subaru made are on the road today. They're great cars. Wish they had hybrids and electrics. In due time.