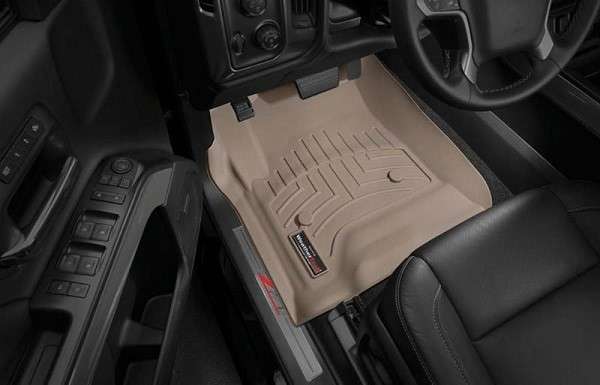 People often try to explain a problem with their car by imitating its sound. Our noses can also be a great diagnostic tool.
Advertisement

A recent post by a Massachusetts Chevy Volt owner asking for help diagnosing a problem with her EV got us thinking about all the ways that scent can be used to troubleshoot a car. Obviously the smell of something burning is a sign of trouble, but there are a lot more novel and less dramatic things that can go wrong with a car that first warn us with smell, rather than sounds or feelings. Here is a quick rundown of some of the most common.

The Sweet Smell of Propylene Glycol
If you are ever driving and you suddenly smell something sweet you should take action quickly. Anti-freeze has a distinctive sweet odor that one can almost taste when it is aspirated through the vents of a car. Typically, the radiator cap will let out some “steam” and you might smell the sweet scent that that point. That would be a good thing. Pull over – carefully and slowly- and shut the car off it the temperature gauge starts to rise above normal. Have the car towed to your service center. This is usually not a big deal and can be repaired relatively affordably.

The worst thing this can be is a head gasket that has been compromised. Antifreeze coming from a head gasket usually means the car overheated very quickly, and you missed it. That same sweet smell might be coming from under the dash. In most cars there is a part of the heating system that uses warmed coolant from the engine. If it breaks here your floor mats will get wet. Usually it starts slowly, but not always. In any case, not a handyman job. Time to call AAA.

Just a heads up on the safety of antifreeze. Old-school ethylene glycol was a big hazard. It tasted sweet and animals (and maybe a kid) would drink it. The tragic end that comes to animals that ingest ethylene glycol is sure and painful. However, newer anti-freeze mixtures are usually not as toxic. Either way they are almost always crazy slippery. So take note. If you ever see a car ahead of you with the tell-tale signs (and smells) of overheating, don’t follow that car off an exit ramp. The antifreeze might coat the road and cause them or you to slide into a crash situation.

Smelly Socks Smell
The Volt owner I mentioned had the smelly odor of socks in her car and had already ruled out the obvious first most likely cause of that smell. This is not that uncommon. Some folks call it “musty” or some other type of smell. It can be caused by a three common things. First, it is usually mold and mildew on the coils of the AC system. Under the right conditions moisture on the coils is allowed to linger and the environment is just right for mold and mildew. People often notice it when they turn on the heat or AC, but many cars have automatic climate control so they don’t realize it is coming from the HVAC system. In any case there a couple of things that can solve this. First, try cranking the heat to its hottest setting and also using the AC compressor. You would think that cars would not let you use the AC and heat at the same time, but in the “defrost” setting they do usually. If this is possible in your car, let it run like that for 20 or 30 minutes a couple times. I have cured this problem in my car this way in a couple different models of car.

If that won’t work, I suggest not doing the handyman trick. That trick is to run the HVAC full blast and spray Lysol into the intake vents near the bottom of the windshield. The reason I don’t like that is I am not convinced that stuff like Lysol is safe and non-corrosive to the parts it will hit. Your call. My suggestion is to tell your mechanic and let them fix it. They will then spray Lysol into your vents.

The second cause is more subtle. In cars with sunroofs and moonroofs the panels are not actually waterproof. Instead they have a gutter system below the panel. The gutters drain via a plastic hose about 1/3 inch in diameter. The hose runs down the A pillar usually (the metal that runs up from your fender on each side of the windshield to the roof). That hose can be messed up. Sometimes they end up draining into the car instead of the outside. How, I am not certain, but I have had to re-route that hose on a few cars. They can also become clogged. I prefer to snake them with a coat hanger rather than use compressed air since the air might just push the obstruction deeper into the hose. The water makes you floor mats wet and you get mildew. If you do, carpet shampoo, a strong vacuum, and then letting the car dry with windows open usually cures that.

The last way that that smell can happen is in wet conditions - like winter. We all drag snow and ice into the foot-well where it then melts and soaks the carpet. Overnight (windows up since it is cold) the mildew grows. I like the all-weather floor mats shown in the photo to prevent this. This is not meant as an advertisement, but as far as I know, there are no other aftermarket all-weather floor mats that fit right.

If you have a common car problem easily identified by smell please feel free to list it below. Jokes, snarky comments ,and other non-serious feedback on the general subject welcome as always.