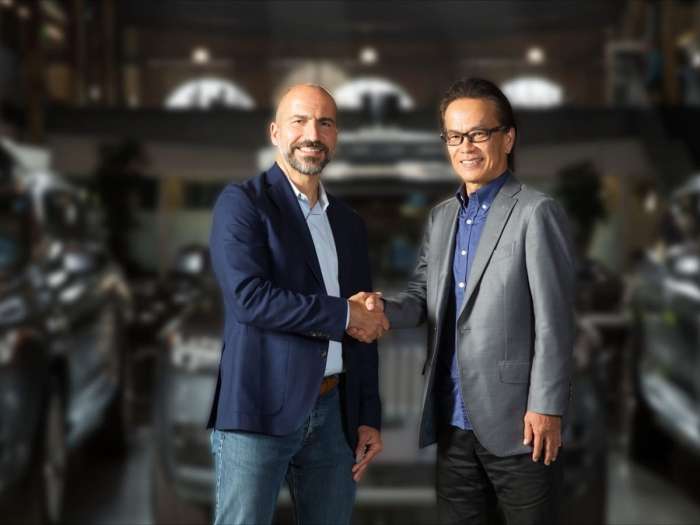 Toyota Partners With Uber - Two Will Meld Their Driving Systems

No self-respecting major automaker is without a ride-sharing dance partner these days. GM is cozy with Lyft, and Ford has a partnership with Postmates (the delivery service). Everyone has some sort of partnership with Uber, large or small. Toyota just tapped Uber on the shoulder and decided to go big.

Half-billion big in terms of dollar investments and big in terms of technology sharing as well. The interesting part of the new Toyota-Uber teamup is that Toyota plans to deploy its Guardian self-driving software alongside Uber's own. Why Uber needs a second set of electronic safety nannies is a bit vague. Could it have anything to do with a self-driving Uber Volvo and a pedestrian in Arizona a while back?

Unlike some self-driving systems, Toyota's Guardian is only there when you need it. If you find yourself in a jam, Guardian will intervene to save your butt and then go back to sleep. Think of it as stability control and autonomous braking on steroids.

We like Dr. Gill Pratt, Toyota's lead man on the autonomous front. He leads TRI, a company Toyota set up a few years back to develop both Guardian and also Chauffeur. The latter is what you think of when someone says "full-self-driving." Dr. Pratt explained the new collaboration which will involve purpose-built Toyota Sienna minivans this way: “Uber’s automated driving system and Toyota’s Guardian system will independently monitor the vehicle environment and real-time situation, enhancing overall vehicle safety for both the automated driver and the vehicle,” said Dr. Gill Pratt, Toyota Research Institute CEO and TMC Fellow. “We look forward to this partnership accelerating both companies’ development and deployment of automated driving technology.” We look forward to the finger pointing if anything should go wrong out in the real world.

Toyota also bought a half-billion in Uber stock. Sort of as an engagement ring gesture.

Image description:
Uber’s CEO Dara Khosrowshahi and Shigeki Tomoyama, executive vice president, TMC, and president, Toyota Connected Company, shake hands on the agreement to collaborate with the aim of advancing and bringing to market autonomous ride-sharing as a mobility service at scale