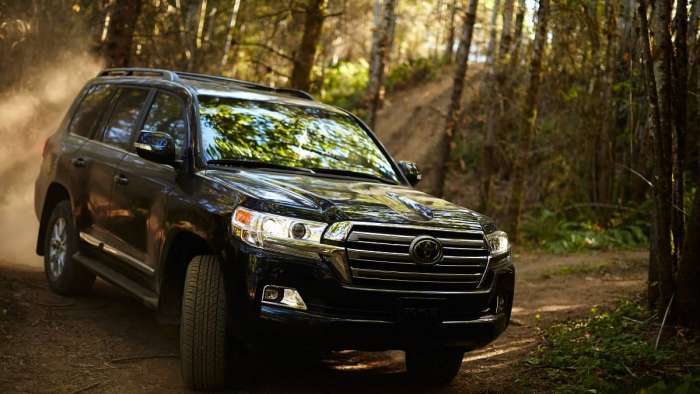 In a new study of vehicles owners keep the longest, a Toyota tops the list. One you may never have heard of.
Advertisement

A new study by our friends at iSeeCars.com reveals which vehicle models owners keep the longest after buying them new. It may not shock anyone that Toyota dominates the list. However, the model that is at the very top may be a bit of a surprise. In fact, you may never have heard of it. 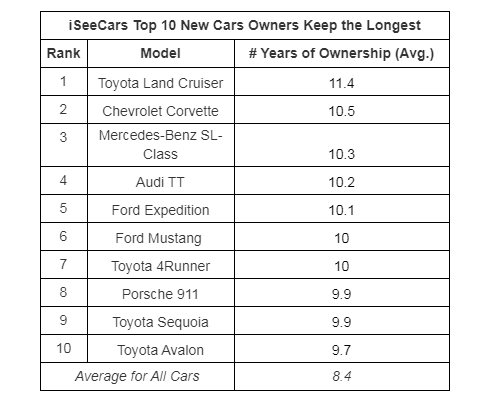 Of all the models sold in the U.S., the iSeeCars study points to the Toyota Land Cruiser as the model owners buy new and then keep the longest. Owners of Land Cruisers keep their cars 11.4 years on average. About 27% longer than the overall average of 8.4 years. "While the average new car buyer holds onto their car for 8.4 years, there is a wide variety of cars that owners are more likely to keep longer,” said iSeeCars CEO Phong Ly.

The remainder of the list is also dominated by Toyota models. Four of the top-ten longest-kept vehicles are Toyota models. “Toyotas are known for their reliability and longevity, so owners may choose to keep them on the road because they are still running well and don’t require expensive repairs,” said Ly. 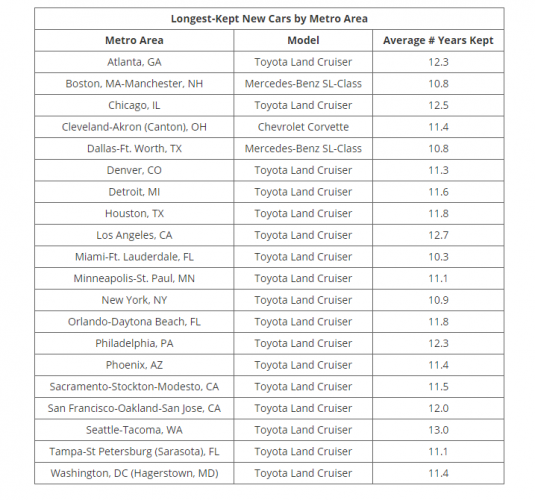 The most hilarious part of the study looked at which model is the longest kept in a list of the metro area markets around the U.S. Here, the Toyota Land Cruiser's absolute dominance comes into clear view. “The current generation of the iconic Toyota Land Cruiser dates back to 2008, and has only had a mild refresh in 2016,” said Ly. “Along with being a reliable and capable off-road SUV that lasts a long time, owners may opt to keep their older models because they don’t look dated.”

The automotive research team at iSeeCars analyzed more than 5 million vehicles sold by their original owners to identify which models are kept the longest. You can view the full study conclusions here.

Tsingshan's Threat to Tesla: EV Maker Is In Battery Crosshairs
Tesla-Funded Research Reveals One of The Biggest Mysteries of EV Battery
END_OF_DOCUMENT_TOKEN_TO_BE_REPLACED