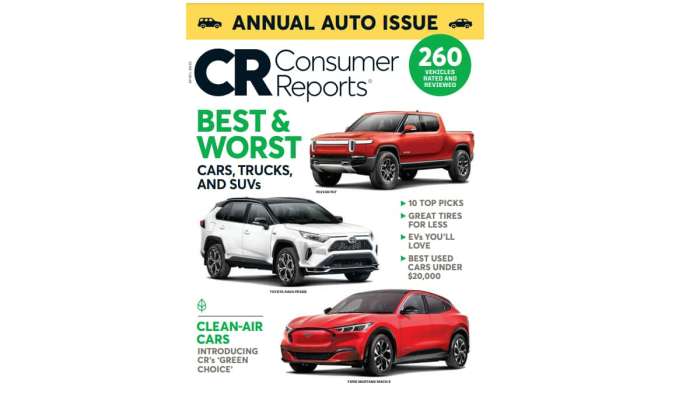 A great new way for consumers to make choices on green vehicles from Consumer Reports has just launched. Toyota’s leadership is clearly evident in the number of Green Choice models the company produces.
Advertisement

An electric vehicle company that produces no vehicles doesn’t help save the planet. Yet, from the headlines vaporware models and even brands earn, you’d never know it. To help cut through the smoke and mirrors, Consumer Reports, in partnership with the US Environmental Protection Agency (EPA), is launching a new way for car buyers to quickly find green vehicles in whatever segment they shop.

Called the Green Choice, Consumer Reports will apply a new green leaf icon to models that it has researched with the EPA and found to reduce the amount of greenhouse gas and other pollutants they emit. A recent poll of its membership revealed that 61 percent or CR’s members who are vehicle owners consider tailpipe emissions "very or somewhat" important factor when they're choosing a car to purchase or lease. That should be reason enough to help these members, but CR also knows that its Green Choice picks also save drivers on fuel costs.

Those fuel costs and emission reductions from opting for a Green Choice vehicle can be massive. For example, the Honda Odyssey minivan will cost its owner $14,000 more in gasoline over 20 years of ownership compared to a Toyota Sienna. The Toyota RAV4 Prime crossover will save its owner $12,000 in fuel costs over 20 years compared to a Nissan Rogue.

The Green Choice awards this year have gone to 48 models. Toyota models account for 10 of those. An additional two are from Lexus, a Toyota brand. No other company has as many Green Choice awards, nor does any other brand come close to having a Green Choice in so many different vehicle segments. By comparison to Toyota’s 12 Green Choice vehicles, Ford’s brands earn just one. General Motors brands earn two. Mercedes-Benz has none. Rivian, Fisker, Bollinger, Lucid, and Aptera earn no Green Choice awards simply because those much talked about EV companies don't produce any vehicles.

You can check out the Consumer Reports Presidents Letter here, purchase the Print print edition, or you can subscribe to Consumer Reports to see all of the listings at your convenience online.