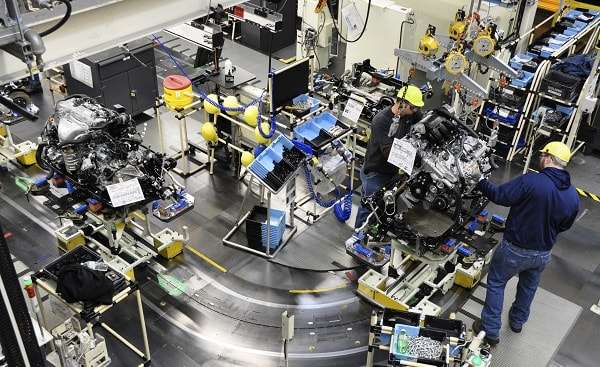 Toyota's Latest Hybrid Move Just One Of Many That Support U.S. Jobs

Toyota has long been known for its philosophy of "In-sourcing." That is, Toyota tries hard to build all the cars it can in the markets in which they sell. This is why the Toyota Camry is often cited as the "Most American Car." Toyota doesn't just assemble its cars and trucks in America in most cases, American workers are assembling them from American-made parts as well.

Toyota's latest in-sourcing move is to bring the hybrid transaxle production to the U.S. Toyota has been importing these critical components for many years. Partly because they are shared with global vehicles in other markets. The Prius c, for example, has been the top-selling car in Japan for many years (under a different name).

In addition to the jobs that will be added, Toyota has committed to a $373.8 million investment in five U.S. manufacturing plants. Toyota's new investment will be spread among the following plants:
- New production of hybrid transaxles (hybrid vehicle transmissions) in Buffalo, West Virginia
- Expanding 2.5-liter engine capacity at the Georgetown, Kentucky, plant
- Increasing production of 2.5-liter cylinder heads at Bodine Aluminum’s Troy, Missouri, plant
- Modifying the Bodine Jackson, Tennessee, plant to accommodate production of hybrid transaxle cases and housings and 2.5-liter engine blocks.
- Completing a comprehensive upgrade to The Huntsville, Alabama, plant.

"This investment across five American plants expands capacity for our latest TNGA engines, and localizes production of hybrid powertrains, a core Toyota technology,” said Jeff Moore, senior vice president for Manufacturing. “It underscores Toyota's confidence in the capability and global competitiveness of our North American manufacturing."

The 2.5-liter engine mentioned above manufactured in Kentucky and transaxles made in West Virginia will be used in the Highlander Hybrid manufactured in Princeton, Indiana and other Toyota Hybrids. Toyota remains the world leader in green cars with over 10 million sold.