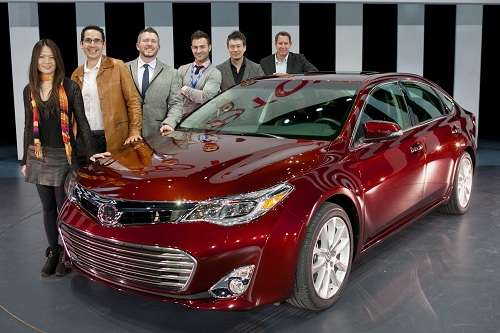 Toyota adding hundreds of new high paying jobs in the US

Continuing its in-sourcing trend in the US, Toyota’s Technical Center is adding 250 highly skilled jobs to its Michigan design locations and also opening a new office in Silicon Valley
Advertisement

New Jobs
Toyota employs more than 35,000 people in North America in manufacturing, service, sales, finance and design. Continuing its in-sourcing trend here, the Toyota Technical center (TTC) will add 150 highly skilled jobs mainly in Michigan locations. The engineers, scientists, advanced researchers and technicians will augment the 1,100 other employees at TTC. In addition, Toyota plans to add 100 more in the coming five years. Speaking about the new positions at TCC in Michigan, Seiya Nakao, President of TCC says “said Seiya Nakao, President of TTC. “We are seeking talented, motivated individuals who thrive on challenges, who are team players and implement improvements in safety, quality and performance.”

Toyota In the US
TTC has been part of the US automotive landscape since 1977. Headquartered in Michigan it also has R&D operations in California and operates the Toyota Proving Ground in the Phoenix Arizona area. Those interested in these new jobs can apply at www.toyota.com/about/careers.

These new highly technical jobs come on the heels of Toyota’s expansion in West Virginia. Adding capacity to its existing transmission plant, Toyota is hiring 100 more workers to help build the transmissions for the large and mid-size vehicles in its line-up. Directly related to that expansions are 25 more jobs at the main supplier of aluminum products for the transmissions, Bodine Aluminum in Troy, MO.

In-Car Entertainment
To sharpen its already considerable skills with regard to in-vehicle information and entertainment (infotainment), TCC has also decided to open a dedicated office in Silicon Valley. The new office will co-locate with the existing Toyota Information Technology Center in Mountain View. Cross-pollination of ideas and sharing of best practices is envisioned. Mr. Nakao points out that “The enhancement of in-vehicle infotainment technology in the coming years will be an important feature to our customers, especially as technology and vehicles continue to evolve.” From an automotive reviewer’s point of view this could not be truer. Vehicle test drive reports and reviews more and more dive deeply into how an iPod integrates or the vehicles ability to quickly locate the nearest Pizza Hut than it 0-60 times. As vehicle drivetrains converge to be 2.0 liter direct injected turbo engines, the vehicle’s experience will come to be more and more defined by its on-board consumer electronics.

Toyota has doubled down on its commitment to local design and engineering operations for the US domestic market.