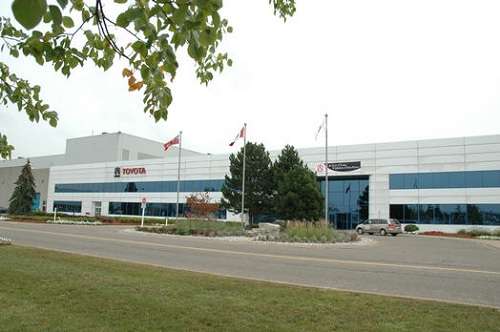 Another 400 jobs added by Toyota in North America will bring total to 1500 this year alone.
Advertisement

In yet another case of in-sourcing by Toyota in North America, Toyota will increase production of the Lexus RX350 and RX450h and add over 400 new jobs. Toyota Motor Manufacturing Canada Inc. (TMMC) issued a press release saying that it will invest over $100 million to up the production of this popular model. Despite more entries to the segment such as the Audi Q5 and the Infiniti JX, the Lexus mid-sized, premium, beaut-ute continues to be an incredibly successful model for the company.

More Lexus RX Production
Lexus will add capacity to build over 15,000 RX450h hybrid vehicles per year at the Cambridge, Ontario facility. Another 15,000 units of other models can be produced due to this expansion. In addition to the Lexus RX, Toyota makes the Corolla and Matrix compact economy cars as well as the RAV-4 compact sport utility and the RAV-4 electric SUV in Canada. Toyota also operates a plant in Woodstock Ontario. Although these two plants have Canadian addresses, they are both suburbs of Detroit Michigan. Many automakers including Ford, Chrysler and Toyota manufacture vehicles just over the border from the North American Mecca of automobile production. Cambridge and Woodstock are about 75 miles from Detroit straight up the 401 heading towards Toronto.

Toyota Production History
Toyota once produced many of the vehicles now made in the Ontario plants at its Freemont California NUMMI plant. The NUMMI plant was a joint venture with General Motors. The United Auto Workers Union (UAW) always hated NUMMI because the work rules were not the same for the workers there as in other union plants in the US. After GM went bankrupt and the US government awarded much of the stock to the UAW, the plant was closed as all parties were uninterested in having it continue on. The plant is now slated to be partly used by Tesla to manufacture premium electric cars priced between $50,000 and $100,000. The plant conversion was partly funded by a loan from the US department of energy as part of its green jobs program.