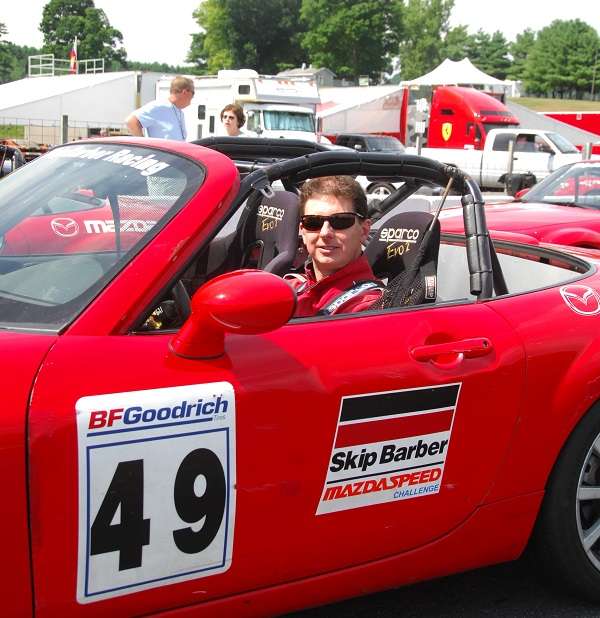 The iconic driving school may be at its end.
Advertisement

The Skip Barber Racing School has filed for bankruptcy according to multiple reports. The school was a favorite of high-performance drivers and novice enthusiasts for decades.

The Skip Barber school started in 1975. Aside from the Driving School and Racing School, Skip Barber, the company, is deeply involved with Mazda Miata racing. The company's website says on that topic, "...company owns and operates five prestigious open-wheel and Mazda MX-5, equal-car racing championships – four for amateur drivers, one for professional competitors."

The company was started by Skip Barber after his retirement from professional racing. For most of its existence, the track was associated with Lime Rock Park in Connecticut. Skip Barber, the man, owns the track but had previously sold the schools. As a report in The Drive points out, the Park is actually one of the School's creditors. The Drive says the Park is owed over $1 million by the Schools.

The Schools moved last year to Atlanta Motorsports Park (AMP) in Georgia. Michael Culver, CEO of Skip Barber Racing School was quoted by Racer.com as saying last year, "The facilities are state of the art. The track offers challenge and potential for skill development for racers of all levels. Further, AMP provides Skip Barber Racing School the opportunity to more substantially grow its corporate and private events business."

I am a graduate of both of the Skip Barber schools. Prior to becoming a full-time automotive journalist five years ago, I attended the "Learn To Drive School." It was a fantastic experience and improved my driving skills considerably. That school included autocross seat time in a stock Miata, skidpad training in a Mazda RX-8, and scenario driving in Mazda3s. After becoming an automotive writer and finding myself headed to track evaluations of cars for publications I enrolled in and completed a two-day course called "Intro to Racing." This school put me into a racing Miata on the track and taught me skills that I credit with helping to keep me safe during track testing in cars like Dode Vipers, Audi R8 V10s, Camaro ZL1s, Corvettes of many types, and other near supercars. Three times I have been at media events when journalists crashed cars, including one time when the writer left in an ambulance. (More on Page 2)

I paid for both of the schools I attended myself and my father has also attended the racing school. We attended together as a joint Christmas present to ourselves. It is very humbling to be (much) slower on-track than your 60-something father on his first lap of a racetrack when you have had more track experience than he has. It is even more humbling when a middle-aged mom with no prior track skills beats you in the autocross at the end of a school (I think she cheated, I just don't know how). However, it is proof that the school is effective and can teach driving skills to anyone at any level and at any point in their lives. Mario Andretti said of the schools, “When it was time for my kids to go to racing school, we did a lot of research. I believe that they got the most out of the Skip Barber Racing School because the training quality and equipment used is superior and very consistent.”

We hope the schools will emerge from these financial troubles and find its way back to solvency. For more on what the schools offer, check out or story "5 Driving school lessons that can save your life."