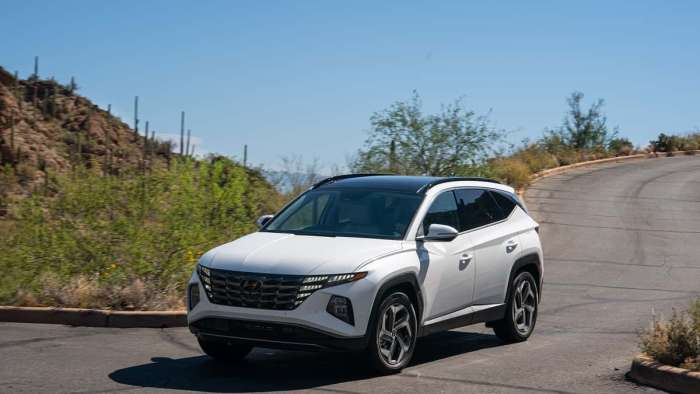 Six Hybrid or Electric Models Land On Fastest-Selling Vehicles List - How Did Your Favorite Rank?

A new update to the twenty fastest-selling new vehicles in America list includes hybrids from Hyundai and Toyota, EVs from Volkswagen, Jeep, and Toyota, and a lot of gas guzzlers. America's new vehicle divide is on full display.
Advertisement

iSeeCars is now making its fastest-selling vehicles in America story a monthly feature. The topic caught our attention a few months back when the Toyota RAV4 Prime was second only to the Corvette. One big trend we are seeing is that the fastest-selling vehicles are primarily either high-power exotic gas-guzzling sports machines or green vehicles. This month, six green vehicles make the list, including battery-electric vehicles, plug-in hybrid-electric vehicles, and hybrids from four different manufacturers. The average days to sell a vehicle in May was 47 days. Here are how many of today's hottest green vehicles do by comparison to that average. 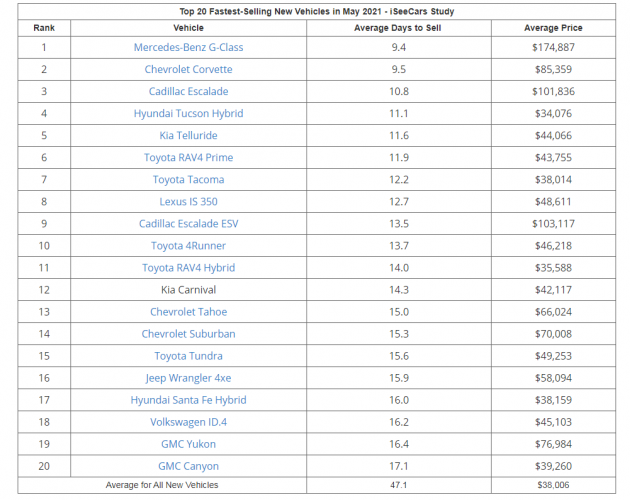 Fastest-Selling Electric Vehicle - Toyota RAV4 Prime PHEV
Toyota’s plug-in hybrid-electric RAV4 Prime is now in 6th place overall. RAV4 Primes arrive on dealer lots and are delivered to new owners within 12 days. The RAV4 Prime features a 0-50 MPH time of about 5.5 seconds and a 94 MPGe Combined EPA rating. The RAV4 Prime may also be the most affordable vehicle on this list of fast-selling vehicles after EV tax incentives are factored in. Of course, that will depend upon dealer markups.

Jeep Wrangler 4Xe Plug-in Hybrid- 16th-Fastest-Selling Vehicle In America
The new Jeep Wrangler 4Xe PHEV is the 16th-fastest-selling vehicle in America. We loved the 4Xe when we tested it last month. We found it handle better than the other Wranglers we have tested recently. Lower center of gravity? If you'd like more info on the 4Xe check out this TikTok overview.

Fastest-Selling Battery-Electric Vehicle - Volkswagen ID.4
The VW ID.4 is the fastest-selling battery electric vehicle and also one of the most affordable when EV price incentives are factored in.

iSeeCars offers expert insights on the fastest-selling vehicles at its feature page. Our take is that is interesting to see that gas gluttons like the Mercedes-Benz G series and Cadillac Escalade now share a list with vehicles that have similar performance in many ways but use dramatically less energy. What's your take on this data? Tell us in the comments below.