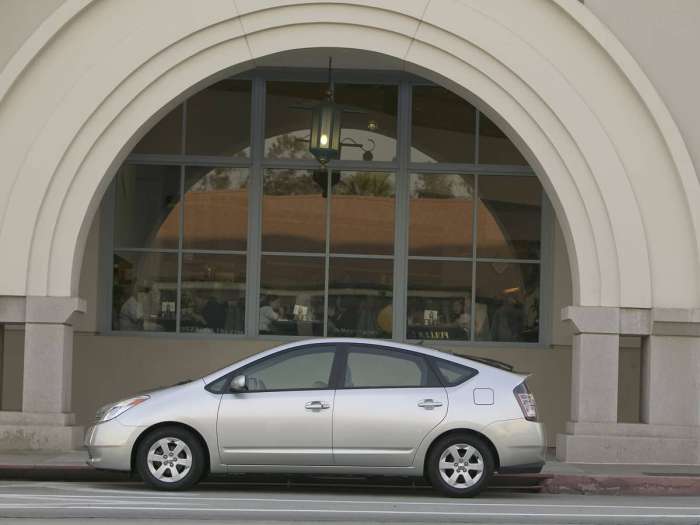 Report: Toyota Prius Models Have The Best Retained Value Among All Green Vehicles

Another report validates what Toyota Prius fans already know - Their car retains its value better than any green car or electric vehicle.
Advertisement

A new study conducted by iSeeCars.com that evaluated the depreciation and retained value of cars in America has reconfirmed that Toyota Prius models hold their value better than any other green vehicle or electric vehicle. The study found that the Prius c retains about 49% of its as-new asking price after five years. The Prius retains about 46%. By comparison, a Nissan Leaf retains just 28% of its value.

This is not the first time a study has found the Prius to be the retained-value leader among all green cars and electric vehicles. In 2014, Torque News reported that the National Automobile Dealers Association (NADA) came to the same conclusion. The Prius holds its value better than its peers and the margin by which it does so is huge. 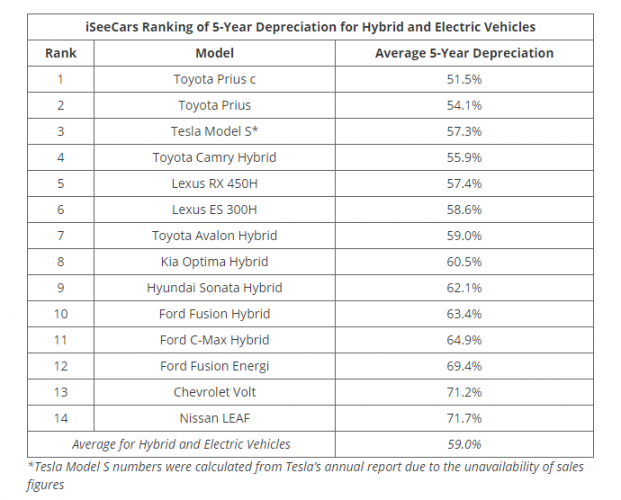 iSeeCars.com analyzed more than 4.3 million new and used car sales to identify models with the lowest and highest loss in value after five years. The study found that the average depreciation among all vehicles was 50.2 percent of its new car asking price after five years of ownership. Another way of saying that is the retained value is 49.8%. For hybrid and electric vehicles, the average depreciation is much higher than for typical vehicles at 59%. “The three highest-depreciating alternative-fuel vehicles are all electrics, making the Tesla Model S the only electric vehicle that depreciates less than the average for the segment,” said Ly. The study concluded that "The Toyota Prius c hybrid is the lowest-depreciating alternative fuel vehicle overall."

Sharp-eyed EV fans may notice the Prius Plug-In is not on the chart above. We asked iSeeCars where it fell and they told us, "It is 58.8%. The data was a little noisier than what we are comfortable reporting, which is why it was excluded from the list. We have very conservative thresholds." The Prius Plug-In (Now replaced by the Pruis Prime) was off the market during part of the reporting period. The Prius Prime PHEV, introduced for sale in late 2016, is currently the top-selling affordable EV in America.

There are many reasons why electric vehicles and plug-in hybrids see such a deeper depreciation when compared to mainstream vehicles. The biggest factor is the federal tax credit and state rebates. New cars like a Nissan Leaf can have as much as $10K in taxpayer-funded rebates and credits. Those do not apply to used cars, of course, so a new EV has a decided advantage over a used EV. Another factor is the rapid pace of change in this segment. As EVs of all types continue their rapid evolution, the poor range, safety, and a lack of features of older models make them less attractive. Leasing is one common strategy employed to hedge against this deep depreciation curve for EVs. In fact, some new EV models, such as Honda's Clarity BEV, are only offered for lease by their manufacturers.

There are two things to note about the findings above from iSeeCars. First, this study didn't look at the MSRP of the new vehicle to determine depreciation. Rather, it considered dealer discounts. The asking price (which is lower than the MSRP) when new was the starting point. Second, Tesla artificially supported the retained value of its Model S sedan during the period the study covered.