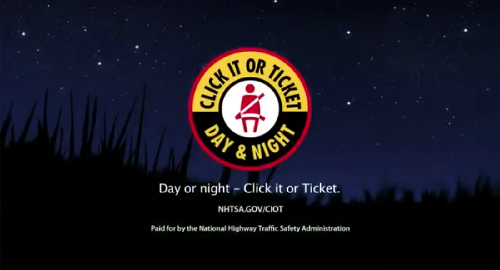 Seatbelts save lives, but their use varies and the correlation to their use in areas with strict seatbelt laws is not perfect.
Advertisement

NHTSA Administrator David Strickland announced today that "Law enforcement officers across the country will be out day and night handing out tickets to unbuckled motorists. We hope our 'Click It or Ticket' efforts will encourage more motorists to buckle up and make it a lifelong habit." Here at TN we hope so too, but the threat of a ticket does not seem to have a perfect correlation to a person bucking up. In fact, New Hampshire the Live Free or Die State, which is the only state in which it is perfectly legal to drive without a seatbelt, does not have the lowest seatbelt compliance. In New Hampshire 75% of drivers wear their seatbelts. The honor for the lowest rate of seatbelt compliance in America goes to Massachusetts, which has 73.2% seatbelt use. Interestingly, Massachusetts is a state that has the highest level of seatbelt laws, called primary laws, in which you can be pulled over just for not wearing a belt.

Seatbelt use in the United States varies widely. In some states, such as Texas with 93.4% of drivers buckled up, the police can issue a ticket to a driver if anyone in the vehicle is unbelted. Other states have less rigorous seatbelt enforcement, known as secondary enforcement. In those states police can only issue a ticket for being unbelted if the driver is stopped for another reason. In general the states with primary enforcement do have more seatbelt use. However, there are some odd departures from that as the New Hampshire versus Mass. comparison illustrates.

This is just one more example of laws not making a lot of difference in people’s vehicular behavior. The most famous example is California, one of a handful of states which after much debate passed a texting and hand-held cell phone ban in cars, and then saw no reduction in accidents according to a study done by the Highway Loss Data Institute (HDLI). Adrian Lund, president of both HLDI and the Insurance Institute for Highway Safety elaborated on the results of the bans saying "Texting bans haven't reduced crashes at all. In a perverse twist, crashes increased in 3 of the 4 states we studied after bans were enacted. It's an indication that texting bans might even increase the risk of texting for drivers who continue to do so despite the laws."

Part of the reason laws regulating driving behavior are so popular is that people say they comply. According to NHTSA a telephone survey it did in 2011 found that “Most people buckle up when officers begin writing more tickets, and many drivers continue the habit after the enforcement period ends.” The fact that NH and Mass share a border and that NH has a higher rate of belt use than Mass, seems to disprove the direct link between enforcement and belt use.

Studies have found a direct correlation to deaths by unbelted occupants and the time of the day. According to NHTSA, most people killed while unbelted die at night. It is about a 60/40 ratio. The implication claimed by NHTSA seems to be that there are a population of drivers who don’t wear their seatbelt at night, but do wear it during the day. For this reason NHTSA has emphasized that police will “… be out day and night handing out tickets to unbuckled motorists," as NHTSA Administrator David Strickland stated. How police will see into the cars at night to spot occupants who are unbelted was not included in the NHTSA announcement.