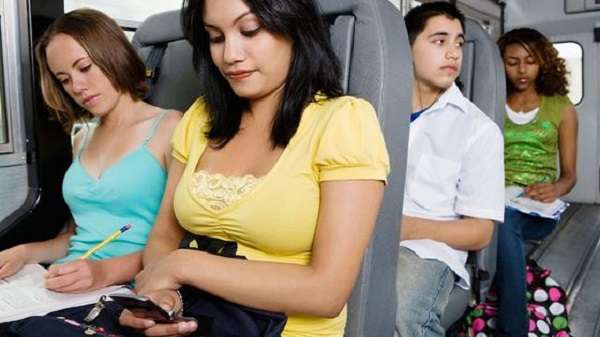 For a decade the media has told us that today's teens prefer to play with their phones and social media rather than drive. An insurance industry think tank says that is just a myth and has the data to prove it.
Advertisement

The Highway Loss Data Institute, the data analysis arm of the Insurance Institute for Highway Safety, has concluded a study casting serious doubt on the theory that today’s teens are not interested in driving. By comparing the teenage drivers insured on policies in the US to the unemployment rate for teens of those same ages, HDLI has found a very tight correlation. This suggests that the theory that cell phone and on-line activity are the reason that teen driving rates have declined may be wrong.

HDLI’s analysis was very detailed. It used not only what it calls the “rated” driver in a household, usually a younger teen driver, but it also looked at drivers in the 34 to 35 year old age group as a control group. What HDLI has determined, and what one hears less often in the media, is that the job shortage disproportionately affected those who might be about to begin driving.

It is known from a Centers for Disease Control study that the percentage of high school seniors with a license fell from about 85 percent in 1996 to about 73 percent in 2010. Also, the number of senior year high school students that reported NOT driving in any given week also went up in that period. There is no doubt that fewer teens were getting behind the wheel.

Two other facts need to be considered, but they tell only part of the story. There were 3 percent less teens during 2010 than in 1996. Overall actual rates of teen drivers fell partly for that reason. Also, graduated driving age laws had only recently started to go into effect. Although they would have taken affect sooner than this timeline, there may have been a residual decline due to the changes in those laws restricting teen drivers by age and also by activity. In many states a car full of teens in a car with a new driver behind the wheel is now illegal.

HDLI created a graph showing that the negative economic affects correlated very closely with the drop in teen drivers during the period. For the full report, and to view the graph please refer to the HDLI website. Simply put, the unemployment rate for teen drivers was about 11 percent higher than for older drivers in the control group. The drop in teen driving rates is about that same percentage.

The theory that teenagers don’t value the freedom offered by driving as much as those from previous generations due to smart phones and social media is easy to cling to. The facts may prove otherwise.

Photo courtesy of HDLI and IIHS