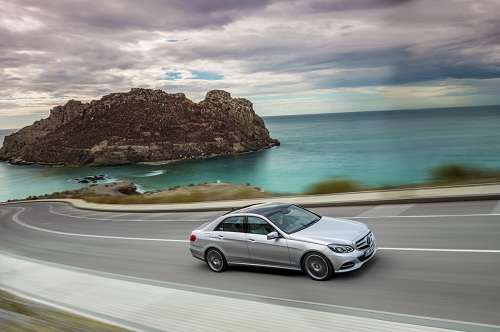 Massive traffic jam reported by Florida residents as a result of a Mercedes Benz commercial which cut off access to and from the island community of Sanibel.
Advertisement

Mercedes Benz shut down the access to an island community in Florida while fiilming a 2014 E-Class commercial yesterday causing massive delays. The island of Sanibel in Southwest Florida is considered one of the most wild and uniquely pretty places in the state. It is considered the “quiet” island by local residents. That is in contrast to Marco Island, which is more developed and has high-rise resorts. The tranquility of the island was disrupted yesterday for over 4 hours, including rush hour, while Mercedes Benz shut down the only road onto and off of the island.

Mercedes Benz spokesperson Christian Bokich said in a statement to the news media covering the story “This week, Mercedes-Benz chose the Sanibel causeway and its beautiful surroundings to create stock film footage of our new 2014 E-Class and its various body styles. We estimate that we invested around $100,000 in the local economy by staying at hotels and eating at restaurants, as well as hiring most of the locally-sourced film crew. We regret any inconvenience that the film shoot caused, keeping in mind that we worked with all local authorities several weeks in advance to obtain all necessary permits. The local police worked with us in creating regular 10 minute delays so that we could film the vehicles for the intended purpose. Today (April 23) is the last day that the shoot is taking place, and we appreciate the hospitality that the local community showed Mercedes-Benz.”

In defense of Mercedes, a search of the reports on this incident reveals that the county, and local officials did not do a good job of communicating to the public the coming shut down. Local news station Fox 4 spoke to the Mayor of Sanibel (population approximately 6,000). Mayor Kevin Ruane said, “There's only one road on and one road off. It's the county's causeway. The county actually issued the permit they just forgot to tell Sanibel they issued a permit to give us the heads up. Had we known we could have given out an advisory which we do constantly to indicate you may want to avoid the causeway. It obviously affects our local economy. It affects people trying to get to the airports, missing flights, you know it has impacts you can't even imagine.”

The delays may have been even more extreme had the shoot occurred the previous week, school vacation week. During peak tourist weeks the island’s population can more than double and traffic is already challenging. Local resident Jane Walsh, of nearby Naples Florida, who initially tipped off Torque News of the traffic nightmare, said “People missed doctors appointments. People missed flights. There was no way to get off Sanibel Island.”

Sanibel is made famous for its incredible seashells. Those collecting the shells often fall victim to the medical condition known locally as “The Sanibel Stoop.” The stoop is a lower back condition caused by bending over repeatedly to collect treasures washed up by the surf. At the time of this report all was back to normal on Sanibel with weather reports of 88 degrees and sunny skies.