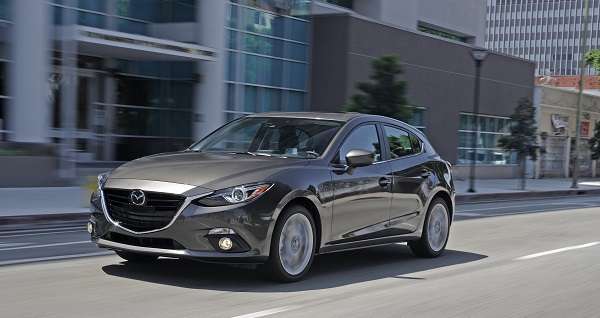 Mazda now offers unlimited mileage warranty, but will your car be covered?

Mazda has announced that all Canadian market cars will now have warranties based only on years, with distance no longer a limit.
Advertisement

Mazda announced something very interesting today regarding its warranty. Going forward all Mazda vehicles sold in Canada will have unlimited mileage, or should we say “kilometerage.” This interesting move means that from now on Mazdas sold in that market will have a 3 year, unlimited bumper to bumper to warranty, and a 5 year powertrain limited warranty. The amount of distance the vehicle travels will no longer be a limit.

Why Did Mazda Extend Its Warranty?
Mazda gave no clear explanation why the warranty extension is only for the Canadian market. Kory Koreeda, president of Mazda Canada Inc, said of the new warranty, "Mazda's focus is on long-term customer satisfaction. By offering our customers an Unlimited Mileage Warranty, we believe it will enhance their ownership experience by alleviating concerns such as kilometre limitations, repair costs and resale value." It is hard to argue with that logic, but why not the US market? Surely US Mazda dealers would love the added service work and sales this move could bring.

Speaking about eh marketing aspect further, David Klan, Senior Director of Sales, Marketing and Regional Operations , said "An Unlimited Mileage Warranty fits perfectly with our brand. Mazda is a company that always challenges traditional conventions to make improvements. Driving enjoyment is essential to Mazda; it's in our DNA, and every car we make. So offering a different kind of warranty that doesn't restrict customers from enjoying their vehicle and driving as much, or as far, as they want is an ideal fit."

Why Do Other Automakers Extend Warranties
Automakers extend warranties for a variety of reasons. Some try to make their warranty a selling feature. Most notable among those types of warranty plans is Hyundai. In Hyundai’s case, the automaker did it as part of its market penetration strategy in the North American market. Its warranty was used as an offset to concerns consumers may have had about durability of the then economy-car only automaker, who had aspirations to build more mainstream cars. It worked.

The second reason that automakers extended warranties was to give their luxury brands a bit more of a value package compared their mainstream brands. For example, Lexus offers a longer warranty than does Toyota. It is one way for automakers to meet the objections of buyers who may have once thought that they could get an almost identical car for less at the mainstream dealership, rather than the luxury dealership.

Another reason the luxury brands extended the duration of warranties to beyond 3 years was to cover the vehicles during the full term of leases. Customers shopping leased luxury cars learned from their business’s models that a fixed cost of ownership is important, and a bumper to bumper warranty for the full term of a lease is important. Last, Automakers extend their leases to match competitors’. Credit Hyundai with the longer leases found on some “American” brands.

Maybe the Canadian market is test-run for expansion into the full North American market? As a former, and possible future Mazda owner, this is definitely something I know Mazda shoppers would see as a positive move.