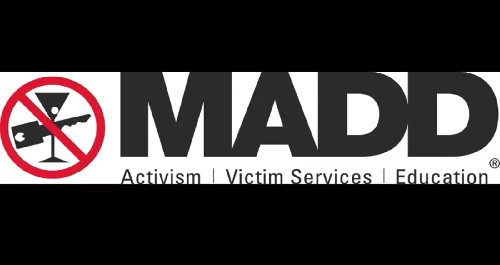 Mothers Against Drunk Driving does not endorse the NTSB's new, aggressive drunk driving program. Here is why the two groups can't get along.
Advertisement

After a year of study the National Transportation Safety Board (NTSB) yesterday announced new guidelines for reducing drunk driving in America. The aim is to get the number of American’s killed by drunk drivers down to near zero from the approximately 10,000 killed now each year. The NTSB makes 7 recommendations. The first point the group made is the one it focused on in its press conference about the new report. That recommendation is to reduce the enforcement level for drunk driving from a 0.08 (point oh-eight) blood alcohol level to 0.05. Interestingly, Mothers Against Drunk Driving has taken a “neutral” position on that recommendation.

After the NTSB released its report yesterday MADD’s spokesperson Mr. J.T Griffin said to the media “We are not opposed to what NTSB has proposed.” That tepid vote of noncommittal was followed up by Mr. Griffin who said “We are kind of neutral.” In a written statement MADD seemed to convey a message that only its program to stop drinking driving is best, writing

“MADD appreciates the National Transportation Safety Board (NTSB) for bringing the American public’s attention to the fact that drinking and driving continues to be a major problem on our highways—killing almost 10,000 people a year—and that additional steps have to be taken to save the unnecessary loss of life and injuries that occur as a result of these crashes. Above all, MADD strongly recommends that the safest course of action is to not drink and drive. The focus of our advocacy remains on the continued implementation of our Campaign to Eliminate Drunk Driving® (CEDD). It is important to note that the CEDD has been structured to maximize the number of lives saved as quickly as possible and, when fully implemented, is projected to save approximately 8,000 lives a year.” Since the point of the lower enforcement level is specifically to encourage people not to drink and drive it would seem that the two sides are in agreement, but apparently not.

One would think that a government program intended to reduce the number of deaths in America due to drunk driving would be supported by MADD, but this is not the first time MADD has not seen eye to eye with the NTSB. In November 2012 MADD lashed out at the NTSB in a written statement claiming that it focused too much on the “Hard-core” drunk drivers and did not do enough to stop those who might be occasional, lighter drinkers that drive. In its November 2012 criticism MADD wrote:

“For 12 years, the NTSB has focused on so-called "hard core" drinking drivers, who are only a subset of the overall impaired driving problem. Meanwhile, MADD's Campaign to Eliminate Drunk Driving®, launched in 2006, is focused on the issue as a whole and includes the following data-driven solutions: 1) high visibility law enforcement efforts, such as sobriety checkpoints; 2) adoption of all-offender ignition interlock laws in every state; and 3) a bold research program to develop non-intrusive technologies that prevent drunk drivers from starting a vehicle.” (Numbers added for clarity)

Interestingly, yesterday’s NTSB announcement seemed to cover all of these points made by MADD just 7 months ago, but in an effort broaden its scope beyond just hard-core drunk-drivers it added the more aggressive enforcement level to the list. Here were the Board’s recommendations as listed in its press release yesterday. The numbers inserted below represent MADD’s top priorities above:

• Reduce state BAC limits from 0.08 to 0.05 or lower
• 1) Increase use of high-visibility enforcement
• 3) Develop and deploy in-vehicle detection technology
• 2) Require ignition interlocks for all offenders
• Improve use of administrative license actions
• Target and address repeat offenders
• Reinforce use and effectiveness of DWI courts

In summary, seven months ago Mothers Against Drunk Driving criticized the NTSB for focusing on hard-core drunk drivers too intensively. NTSB has reversed course and has now suggested focusing on all levels of drunk driving, and adopted all of the suggestions of MADD, plus more. Yet, MADD cannot seem to embrace the new policy either.