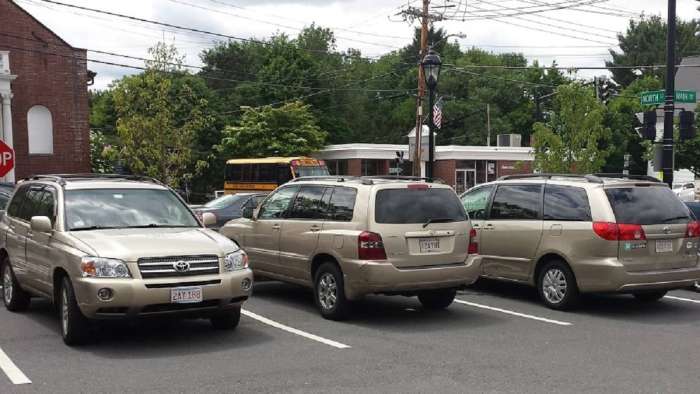 Looking For A Great Deal On A New Car? Pick An Ugly Color Like Beige 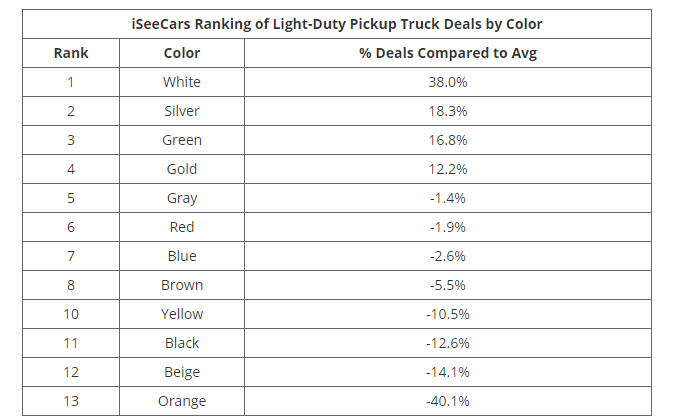 If you are looking for the best possible price on a new vehicle and you don't mind beige, you are in luck! A new study by our friends at iSeeCars.com has found that the best deals on new cars are often color-dependent. If you want a screaming deal, look for a gold or beige vehicle. 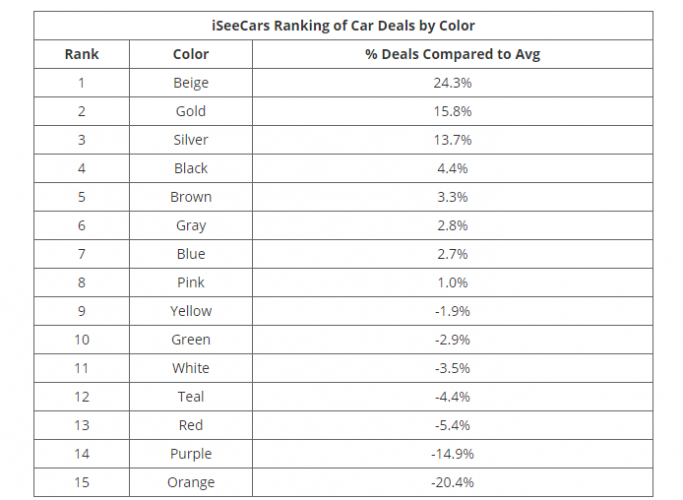 The study looked at the prices of over 4 million vehicles and focused on vehicles that had a sell price of 10% off the value or more. “The analysis found that less-popular colors don’t always amount to the most significant savings and that both common and uncommon colors can provide deals to used car shoppers,” said Ly. “Additionally, consumers might find the most discounts on beige vehicles, while those looking for a deal on any type of orange vehicle might have a difficult time finding one.”

Beige ranks ninth in terms of popularity among vehicle colors and is 24.3 percent more likely to have a deal than the average vehicle. “Beige vehicles accrue the highest mileage of all car colors, suggesting that it’s a common color for daily drivers that tend to have less flashy colors,” said Ly. The most popular color choices for consumers, which are black, white, silver, and gray. Pink and Yellow are the colors where the deals are at the parity point. Meaning they are no more or less likely to be offered as deals. If you want an orange or purple car, be prepared to pay extra for it. Those colors were the least likely to have deals. 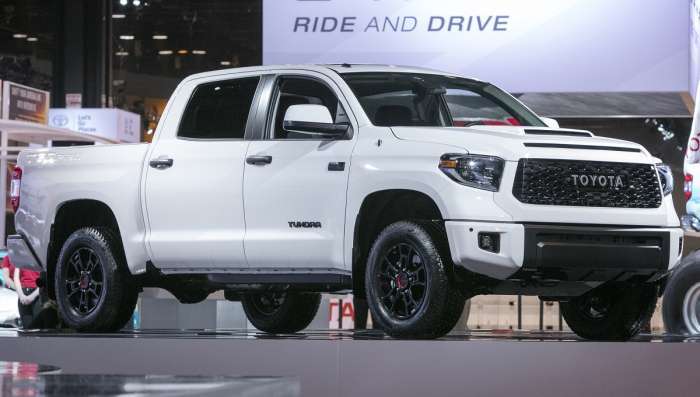 Among pickup trucks, the colors shift a bit. White is by far the most likely to have deals. “White is the most popular color for pickup trucks, because they are often used for work purposes and white makes it easier to post recognizable signage on the vehicle,” said Ly. “Because they are so common, the supply is higher for these color trucks in the used car marketplace, which could make dealers competitive with their pricing.” Silver is also likely to be a color with a deal, but only in certain models. “The silver pickups that are most likely to be discounted are from Nissan and include the Titan and the Frontier,” said Ly. “These are among the less-popular pickup trucks, which could explain why they are more likely to be discounted.” 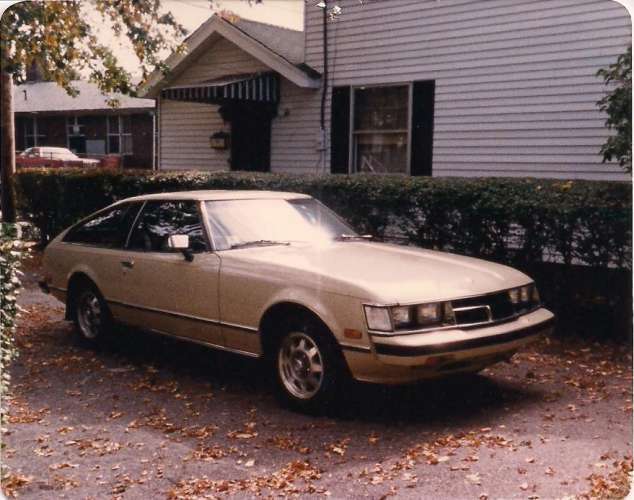 Your author's beige Toyota Supra is pictured above. Could you learn to love a beige car? Tell us in the comments below.

Some sales data in this story were sourced from Inside EVs.