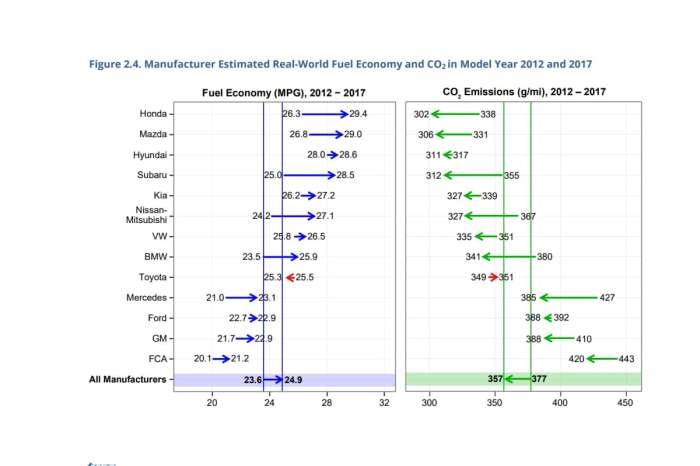 Honda is the brand with the best fuel economy in America. The three domestic brands all finish last. Details here.
Advertisement

The Environmental Protection Agency has just updated its brand rankings for fuel economy and tailpipe emissions. In its newest rankings, Honda has again earned the highest MPG rating overall and the lowest tailpipe emissions overall. Honda had the best MPG when EPA first created this ranking system report in 1975 and has been the top brand more than any other brand including in the projected 2018 rankings. 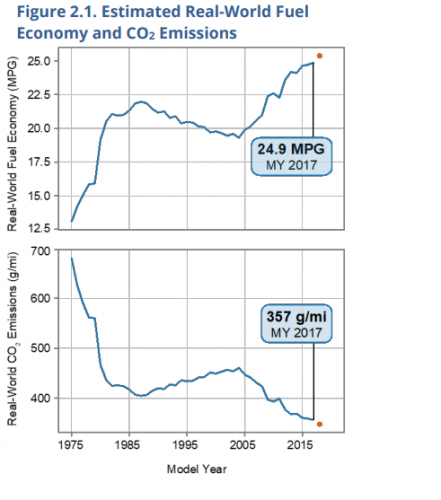 The footprint, style, and weight of automobiles have a significant impact on their fuel usage and emissions. There is no doubt that the leaders and the laggards on the brand list reflect their vehicle mix as much as their technology. Honda's relatively low pickup truck sales and relatively high sedan sales help the brand. However, Honda does sell pickup trucks and also large minivans and many of the brands Honda beats do not. For example, Mazda, Hyundai, Kia, and Subaru.

The EPA predicts that the positive trends with regard to fuel economy and emissions will continue in 2018 once its data has been finalized. In Honda's case, it is easy to see the brand keeping its title. Honda's sales of plug-in hybrids passed Toyota in late 2018 and Honda's Clarity PHEV was the top-selling affordable EV in America in 2018. Heading into 2019, Honda is releasing its new Insight hybrid. Given the high relative sales of the Clarity and Insight lines, Honda's lead may widen.

Tesla fans can scan the EPA report and find the brand is included in many sections. However, it is important to remember that in model year 2017, which the report mainly focuses on, Tesla was still a very low volume specialty EV maker specializing in extremely high priced models. The Model 3 barely sold in calendar year 2017.