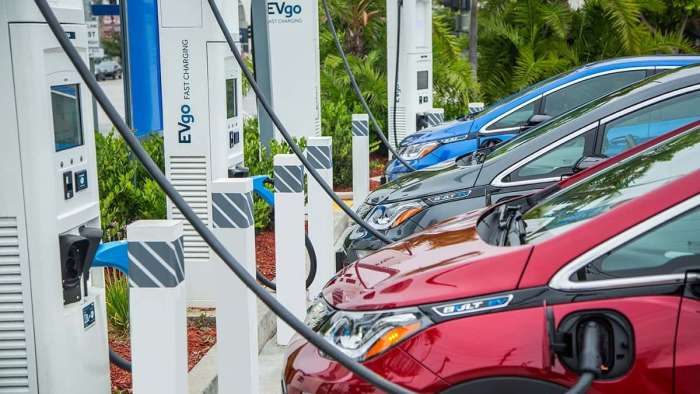 General Motors and electric vehicle charging manufacturer EVgo plan to triple the size of the nation’s largest public fast charging network. They will do this by adding more than 2,700 new fast chargers over the next five years. GM says this larger network will help to accelerate widespread electric vehicle adoption.

General Motors and EVgo will add fast charging stations to both cities and suburbs. This will help to increase charging access to drivers who live in multi-unit homes, rent their homes and can’t install chargers, or might not have access to workplace charging. Presently, most EV owners charge at home.

“We are moving quickly to bring new EVs to market that customers will love,” said Mary Barra, GM Chairman and CEO. “We know how important the charging ecosystem is for drivers, one that includes access to convenient and reliable public fast charging. Our relationship with EVgo will bolster the public fast charging network available to EV customers ahead of increased market demand and reinforce our commitment to an all-electric, zero-emissions future.”

The expanded fast chargers will be placed where people typically spend 15-30 minutes like grocery stores, retail outlets, entertainment centers and other high-traffic locations. Unlike the vast majority of charging stations this writer has seen in New England, EVgo says that "most" of the loations will be able to charge at least four vehicles simultaneously.

The new EVgo fast charging stations will be available to customers starting early 2021, and the company says that the new fast chargers will be powered by 100 percent renewable energy.