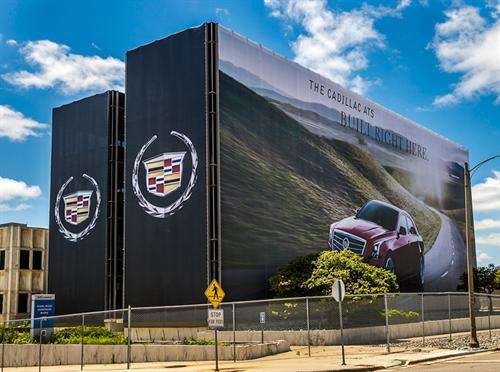 GM is returning to the S&P 500 and S&P 100 after being removed after its bankruptcy. In related news the US Treasury and the UAW are dumping 50 million of their combined shares.
Advertisement

General Motors will rejoin the Standard and Poor’s stock market indexes this Thursday according to a press release by the ratings agency. The move is partly due to room on the index being made possible by H.J. Heinz Company going private in an acquisition by a consortium including Berkshire Hathaway Inc. (Warren Buffett’s company), and 3 G Capital. GM is returning to the index after long absence following its bankruptcy.

The S&P 100 and the S&P 500 are stock market indices that are compiled and provided for a variety of reasons, but are commonly thought of as a way to gauge the overall value or health of the stock market. The S&P 500 consists of 500 companies publically traded in the US. Standard & Poor’s has been providing a stock market index for almost a century and the S&P 500 started in 1957. Companies are added to the list or taken off based on a committee, not strictly by size. The idea is that the companies listed make a up a representation of the overall economy and the companies included represent the industry they are in. To be included the companies do have to have a minimum market capitalization of more than 4 billion US dollars.

General Motors will also rejoin the S&P 100. Not as commonly mentioned in daily news, the S&P 100 is an index that follows the largest and most well established companies in the S&P 500, and thus in the US economy. The companies listed are selected to balance the index so that a diverse grouping of industries are represented. Together the S&P 100 companies make up about 50% of the total US stock market value. Companies like Apple, Caterpillar, General Electric, Exxon Mobile, Amazon, and Walmart can be found on the list. Other US based companies like Ford are on the list, but Honda and Toyota are not.

Concurrent with the announcement that General Motors will rejoin these two indices, the US Treasury announced it would sell 30 million of its shares of GM. Although it is commonly reported that GM has “Repaid the US government” that is really not the case. The treasury is still among the largest shareholders of General Motors stock, having bought the company in part when no other investor would have. This was part of the Troubled Asset Relief Program which has been ongoing since about the time that Bush and Obama swapped keys to the White House. If all goes to plan the US Treasury will be finished selling the stock it owns in GM back to the general public sometime in 2014.

The United Auto Workers (UAW) Retiree Medical Benefits Trust will also sell 20 million shares of GM this week. The UAW was granted a significant ownership stake in GM after the government managed its unique bankruptcy.

The stock price of General Motors is in the neighborhood of $35.00 per share at the time of this publication. Therefore the 50 million shares to be sold would represent over 1.5 billion US dollars of the market capitalization of GM.