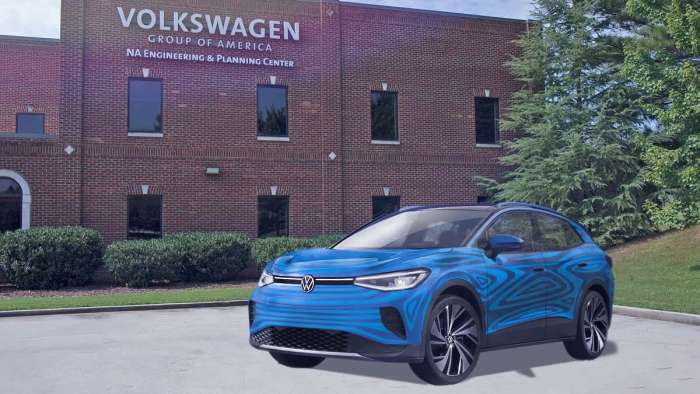 Volkswagen will create a new electric vehicle manufacturing center in the U.S.
Advertisement

Volkwagen Group of America has announced that it is expanding its Tennessee plant to include a center for electric vehicle engineering and development. VW says that the plant could also include assembly of an EV.

“There are two ways that auto companies approach the development of electric vehicle batteries,” said Wolfgang Maluche, Vice President of Engineering at Volkswagen of America. “A lot of them will farm out the development and testing of batteries to another company, and some will actually do the work of developing and testing in-house. We are doing the latter.”

Called the Engineering and Planning Center (EPC), the center has not broken ground yet, but VW says the facility should be up and running by 2021. So, to summarize, VW is announcing today a future plant related to EVs. This while other manufacturers, like Nissan, Toyota, Tesla, GM and others are presently operating such plants, and have been for as long as a decade. Volkswagen presently does not offer a green crossover in America, while Honda, Toyota, Mitsubishi, Tesla, Jaguar, Kia, Hyundai, and others are selling them today.

VW says that its future center will include a multi-axis shaker table (MAST). Its job will be to test a future battery pack under development. “The battery is not only shaking; it is going through a series of harsh conditions to test its durability in a variety of possible environments, from the South Pole to the Sahara,” said Jason Swager, the Director of Electrical Development. “We needed to build a MAST that could withstand the immense force and frequency that we need to test these batteries.”

Mr. Swager has lived in Chattanooga for over a decade and says that he has seen the Engineering and Planning Center grow alongside the town. “It feels like gold rush time,” he said. “There is this great spirit in Chattanooga, where everyone is excited about what the city can become. It’s a great town for an engineer like me, but also for others in tech and start-ups.