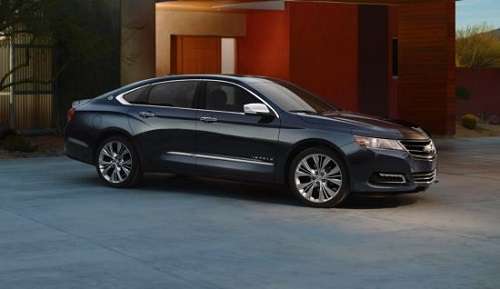 Not in 2 decades has a car called "American" been at the top of Consumer Reports list, but the 2014 Chevrolet Impala has just done what was once thought impossible.
Advertisement

An “American” car has not topped the list of Consumer Reports rankings since before the iPhone was invented. In fact, it was nearly twice as long ago, back when the internet was new and people still used America Online (AOL) to connect their 386 to the World Wide Web by a telephone dial up connection. That just changed as the 2014 Chevrolet Impala is now top dog in the large car category according to Consumer Reports, which makes it the first of the brands we used to call American cars to top the list in 20 years.

In fact, the Impala is nearly the best that Consumer Reports has ranked. Its new score of 95 puts it third behind two vehicles almost never seen on the road, the electric super-sedan Tesla Model S, and the high end pocket rocket BMW 135i. The Tesla costs about 3 times what the Impala cost and the BMW is typically sold at about $10,000 to $15,000 more than the Impala.

This is quite a turnaround for General Motors, Chevrolet, and the 2014 Impala. The Impala had scored in the low 60s, a score typical of fleet rental cars that are devoid of personality, driving pleasure, reliability and style. The Impala was in fact, a fleet car and rental car model for many years, selling well below the Japanese, and then Korean cars that owned the mid-size and mid/large size car catagories in just about every way measurable.

Consumer Reports liked the Impala. In fact, there are a few cars that come from the former “Big 3” that Consumer Reports was able to pick out of a crowd as being cars that might offer a good combination of value, reliability and driving pleasure. Jake Fisher, director of Consumer Reports automotive testing said in a press statement "The Impala's performance is one more indicator of an emerging domestic renaissance. We've seen a number of redesigned American models—including the Chrysler 300, Ford Escape and Fusion, and Jeep Grand Cherokee— deliver world-class performance in our tests." Jake of course calls these brands ‘domestic” because he remembers the time when Chrysler wasn’t owned by an Italian company (Fiat) and back when the Asian cars were made someplace besides Ohio, Tenn., the Carolinas, and other parts of the US.