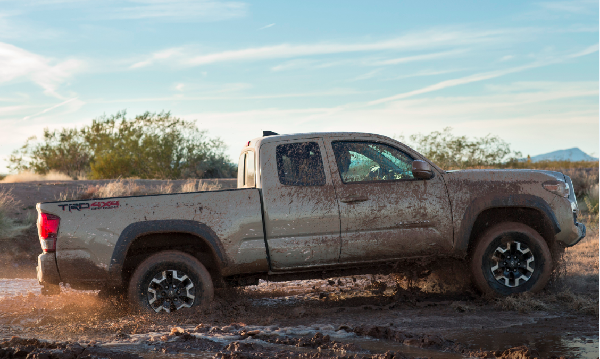 Tacoma is still posting sales increases, but the pack is gaining ground.
Advertisement

Toyota’s 2017 Tacoma is now on sale, and the midsize truck is still the industry sales leader. However, every competitor is making big gains month after month. With Toyota’s September 2016 sales reaching 15,723 units, its sales were up a very healthy 35% over last September, but Tacoma will need to do better to stay ahead.

Both Toyota and GM have done all they could to increase midsize truck production. This segment is red hot, and not all segments are. GM’s larger Silverado and Sierra trucks both saw declines in September. Toyota recently announced it would further boost its Tacoma capacity by about 25%, but that could take more than a year to come to fruition.

The real underdog in this fight was the Nissan Frontier, which is the oldest midsize truck being sold now in terms of design life. Yet, it keeps doing well, having sold 7,596 Frontiers in September, a 65% increase over last September. On the year, Nissan’s Frontier is up almost 50%.

Honda is not back in the game with its redesigned Ridgeline. With 3,318 trucks sold it is still the last in the category, but not bad for being only back on the market a few months.