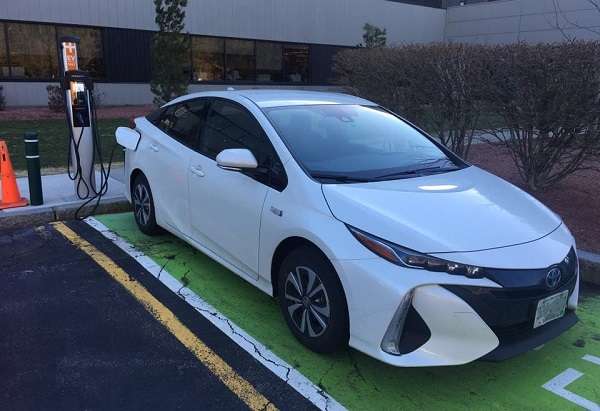 Toyota's overachieving plug-in hybrid electric Prius Prime is still on the U.S. EV sales podium, and it looks like it may well stay there if current sales trends hold. Thus far in 2017, the Prius Prime has outsold the Tesla Model S two of three months, but Tesla came back with a big month of an estimated 3,450 units in March after not having broken past 1,000 cars per month since last December.

The Prius Prime is still outselling the Chevy Bolt battery-electric vehicle, but we will hold off on calling that a market result as opposed to a slow and steady roll-out by GM. However, as the Bolt heads into its sixth month of sales the excuses for this special vehicle not selling anyplace close to the volume that mainstream vehicles do are growing weaker by the day. The Bolt was supposed to be the fist mainstream affordable EV and so far it is just another slow-selling niche car.

The Prius Prime has also been limited in its sales by a lack of dealer inventory according to the chatter on fan sites like the Facebook Prius Owner's club. This lack of inventory was also mentioned by Inside EVs, who said, "If you are just quiet enough and listen, you can almost hear Toyota’s dealers screaming for more inventory of the plug-in Prius. Why is that? The popular Toyota has yet to hit 4 figures worth of average national inventory in stock for any month yet….for March around ~800 copies were normally on hand."

Heading into the second quarter of 2017, it looks like the Tesla Model 3 is still at least three months from appearing in the driveway of reservation holders and perhaps as much as a year away from being available without a reservation.