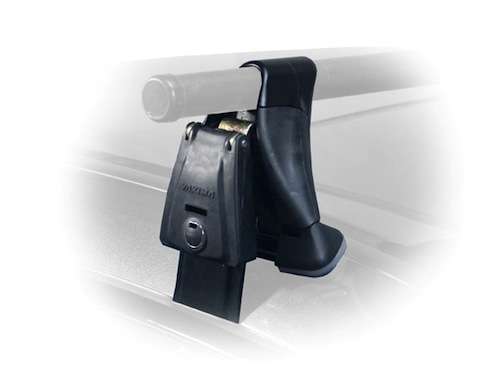 Affected units may unexpectedly slide off the vehicle's roof due to a manufacturing defect.
Advertisement

Yakima Products Inc. has issued a recall on certain combined Q-Tower and Q128 Clip rooftop rack systems used on model-year 2012 and 2013 Ford Focus vehicles. The affected aftermarket parts so not fully contact the door frame, which may lead to inadequate clamping pressure and friction. Consequently, the unit may slide off the vehicle when it is loaded. Such an occurrence may lead to possible road hazards and/or injuries to pedestrians, according to the National Highway Traffic Safety Administration. The recall affects 440 units. The affected units contain the part numbers 8000124 and 8000728.

Yakima will begin notifying Ford Focus owners and Yakima dealers this month. Owners will be refunded the purchase price of the Q-Tower and Q-128 Clip system. Unfortunately, there is no replacement system available for 2012-2013 Ford Focus models. Owners may contact Yakima at 1-888-925-4621 or the National Highway Traffic Safety Administration Vehicle Safety Hotline at 1-888-327-4236. The NHTSA Campaign ID Number is 12E035000.

Yakima's Q-Tower system is an adjustable rooftop car rack unit that is designed to fit your vehicle like a "custom tailored tuxedo," according to Yakima. The "Q" stands for Quadruple Movement, meaning that the tower and clip move in for different ways.

Paddlesport enthusiasts and married couple Otto and Jeanne Lagervall founded Yakima in 1973. Otto originally handmade foot braces for canoes and kayaks prior to creating roof racks, which were first used for hauling ladders and pruning equipment. Since then, Yakima has become an industry leader in roof rack system for bicycles, skis, kayaks and other cargo.

Anonymous wrote on October 24, 2012 - 9:11pm Permalink
Thule provided replacements...which was easy to find. That's good because every focus will have a Thule rack now.
Brian Dellinger wrote on March 22, 2013 - 6:29am Permalink
The Q5 clips (front) and Q83 clips (rear) a what Yakima is now recommending. My recommendation? After fighting with those pieces of garbage for a whole day and getting ready to go fight with them some more, go buy a Thule system. The steep upward angle of the door frame will not allow for a secure fit, period. Maybe my friends and I are doing something wrong, but since we've used Yakima products for years and have never lost a load, I doubt it. Complete garbage.
Scott Taradash wrote on April 13, 2013 - 1:04pm Permalink
The above comments are completely correct. I bought a Yakima rack with Q-Towers for my 2013 Focus and tried for hours to get the clips to hold. I gave up. There's no way this rack would be safe at highway speeds. Unfortunately, The Rack Warehouse is charging me shipping for the delivery and the return and a re-stocking fee. Yakima is completely irresponsible selling this system for the Focus. It just doesn't work.
Albert wrote on April 17, 2013 - 5:25pm Permalink
After struggling for over an hour just trying to fit the front Q5 clips to my 2013 Focus, I searched to see if others are having similar issues. I've used the Q-Tower setup in the past with a Contour and older generation Focus and they worked great. Then when I got a Mazda 3, I had the same issue with a poor fit, and the rack would slowly side backwards on the car. I eventually ended up going with the Control Tower setup on that car, which worked great. However, the Focus doesn't have hard mounts, so the Q-Tower is Yakima's only roof solution. The $360 in parts I just bought today (Q-Towers, clips, and two new crossbars) are going back to REI, which sucks as I'll have to buy a Thule rack and sell my other Yakima parts (including two Highrollers for my bikes). I'm not taking a chance after they already did a recall on the Focus setup once, and it's obvious that their new recommendation isn't much better.