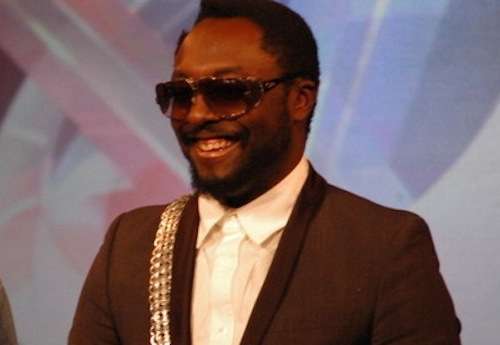 The crash reportedly occurred while on-route to McDonalds.
Advertisement

Rapper and entrepreneur Will.i.am. crashed his Cadillac CTS into a parked car on Wednesday morning at around 3:30 a.m. in Los Angeles, according to The Daily Mail. The Black Eyed Peas star was reportedly on a McDonalds run when the incident occurred. Will.i.am. whose real name is William James Adams Jr., was accompanied by British singer Cheryl Cole. The Daily Mail reports that the vehicle's price tag is £100000, which is roughly $158,000.

Although Will.i.am. and Cole were in search of a late-night snack, the pair received bloody noses and whiplash. Eyewitnesses report that Will.i.am. suffered only minor injuries since his air bag properly deployed. Cole, however, was not so lucky. Unfortunately for the singer, her air bag failed to deploy, leaving her with a bloody nose, whiplash, and bruising.

Despite their injuries, both stars quickly took to Twitter to assure fans they were okay. “Car accidents are not dope. I’m glad I’m OK,” tweeted Will.i.am. “We’re fine,” he added. “Cheryl Cole [and I] were coming back from the studio but she and I are fine… just a little whiplash [sic].

Cole tweeted, “Don’t worry me and @iamwill are fine, promise.” She also later joked, “I ended up having an Unhappy Meal instead.”

Aside from being a music star, Will.i.am. is also the man behind IAMAUTO, a newly launched car company based in Los Angeles. The company’s first prototype is gullwing style vehicle, which reportedly uses parts from a donor DeLorean and a Dodge Challenger. According to Will.i.am., one of IAMAUTO’s goals is to provide jobs to the struggling L.A. community near where the rapper grew up.

Although most people would fret over a damaged Cadillac, the vehicle is just one of many owned by Will.i.am. Luckily for Will.i.am., he is the owner of a McLaren MP4-12C, Tesla Roadster, Bentley Continental GT, and a 1959 Chevy Corvette, and his own IAMAUTO prototype.

Some may recall that the IAMAUTO made its debut on The Tonight Show with Jay Leno back in January. Not only does the vehicle feature a unique "DeLorean-like" design, it also touts a Beats by Dr. Dre sound system and a $700,000 price tag.