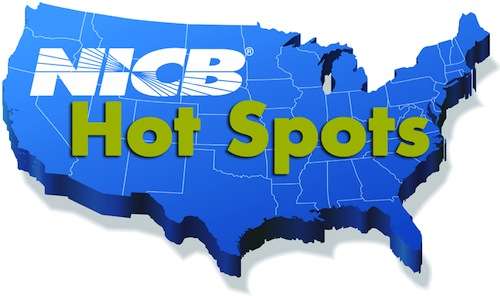 The Top 10 Car Theft Hot Spots: Where does your city rank?

The National Insurance Crime Bureau has released its 2011 list of the Top 10 Car Theft Hot Spots and the results may surprise you.
Advertisement

Have you ever wondered whether you live in a city or town with a high rate of vehicle theft? A new study by the National Insurance Crime Bureau has just tabulated the top 10 high car theft locations in the U.S. The report, which is based on 2011 statistics, indicates that overall vehicle theft was down 3.3 percent compared to 2010. Although theft decreased overall in the U.S., four of the top 10 Metropolitan Statistical Areas (MSAs) recorded more thefts in 2011 (+925 collectively). The remaining six locations posted a decrease in thefts (-2,017 collectively).

The study, titled “NICB Hot Spots for Vehicle Theft,” reflects car thefts on per capita basis. This is important to note because locations with smaller populations and a fair amount of thefts may have a higher theft rate than a larger city, which has a bigger population to absorb a similar number of thefts.

Here are the Top 10 NICB Hot Spots for Vehicle Theft:

2. Modesto, Calif. – The runner up on the list, Modesto experienced a decrease in vehicle thefts (3,315) compared to 2010 (3,712). A true model of consistency, this is Modesto’s third second place finish in as many years. Modesto did, however, lead the nation in thefts in 2008.

5. Yakima, Wash. – Up five spots, Yakima reported 1,308 car thefts last year compared to 1,266 in 2010. The fifth place finish is actually an improvement compared to 2008 when the city was third in vehicle thefts.

7. Stockton, Calif. – For the second straight year, Stockton ranks 7th on NICB’s annual list. The fourth-largest city in the Central Valley of California, Stockton reported 3,532 vehicle thefts in 2011, compared to 3,779 one year prior.

10. Visalia-Porterville, Calif. – Finally, and not surprisingly, one more California city. Remaining in the top 10 for its third successive year is Vellejo-Fairfield. The city reported 2,124 vehicle thefts left year, slightly less than the 2,409 thefts it experienced in 2010.

LG's New EV Battery Plant Is a Welcome News for Tesla
Tesla Giga Berlin's New Hurdle: It's Not Only the Gov't, but Now Tesla Itself
END_OF_DOCUMENT_TOKEN_TO_BE_REPLACED