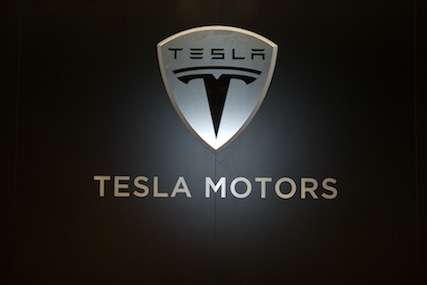 Tesla and Daimler to partner on Mercedes-Benz all-electric vehicle

Less than a week after announcing their upcoming Model X crossover SUV, Tesla Motors is set to collaborate with Daimler on an all-electric Mercedes-Benz vehicle.
Advertisement

It was just announced today that Tesla and Daimler will be collaborating on a new electric Mercedes-Benz vehicle. Tesla’s newly released fourth-quarter earnings report shows that the Palo Alto-based company will supply a full powertrain to the upcoming Mercedes-Benz EV. This powertrain commitment includes a motor, transmission, inverter and other software components. The two companies previously worked together on the Daimler-owned Smart ED, which Tesla supplied the battery pack for.

Mercedes-Benz has been making numerous strides towards green vehicles as of late, recently unveiling the all-new B-Class E-Cell Plus at the 2011 Frankfurt Motor Show. Mercedes-Benz is also the manufacturer of the Europe-only A-Class E-Cell compact van. There are no details thus far pertaining to production timing or vehicle volume of the upcoming Tesla-powered Mercedes-Benz EV.

Aside from Tesla’s partnership with Daimler, the all-electric automaker is also set to produce electric RAV4 SUVs for Toyota. Production on the SUV begins this year in Ontario, not Tesla's California-based plant. Tesla scored an estimated $100 million for the deal with Toyota. Pricing and technical details for the 2013 RAV4 EV can be expected closer to its release date.

As for Tesla exclusive products, the automaker has two forthcoming vehicles of their own in the pipeline. First off is Tesla’s Model S, a full-sized electric sedan due out in July 2012. The Model S base model reportedly has a 160-mile range, when fully charged and can go from 0 to 60 in 5.6 seconds.

Most touted of these new vehicles is Tesla’s Model X, which is the company’s first crossover. This mid-size SUV is being publicized by Tesla as faster than Porsche’s 911 sports car and more spacious than Audi’s Q7 SUV. The Model X was designed to comfortably seat seven adults and their luggage. Additionally, the upcoming crossover SUV features two trunks: one traditional rear trunk and another located in the front where an engine would normally be. Tesla is set to begin production on the Model X in 2013.

Despite Tesla’s seemingly bright future, the automaker expects just $55 to $60 million in revenue in the first half of 2012. Presently, the only money coming in for Tesla is from sales of their Roadster model, a vehicle only available in Europe and Asia. Tesla is banking on the fact that they will sell at least 5,000 Model S sedans in 2012, which would result in revenue of $550-600 million. Net revenue of $600 million would be three times that of last year.

Visit www.teslamotors.com to check out the Model S and Model X.