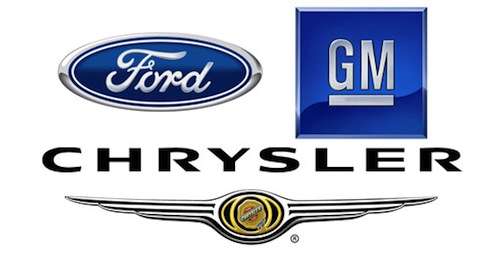 The study, which was conducted by the Center for Automotive Research, argues that a new free trade agreement with Japan could be detrimental to the U.S. auto industry.
Advertisement

A new study conducted by the Center for Automotive Research has determined that a new U.S. free trade agreement with Japan could have a negative impact on the U.S. auto industry. The study, which was released on Tuesday, found that the trade agreement could result in a total loss of over 26,500 American jobs. This figure is comprised of 2,600 direct U.S. automotive manufacturing jobs, 9,000 U.S. supplier jobs, and a 14,900 loss of spin-off jobs. Furthermore, U.S. vehicle production would decrease by 65,100 units, according to the study.

While U.S. employment will take a hit, the Japanese economy will thrive as a result of the proposed partnership. In fact, Japanese vehicle imports to America would jump by 105,000 units (6.2 percent), which is roughly equal to $2.2 billion. This increase would occur because the new free trade agreement would eliminate the 2.5 percent tariff on cars that Japan currently pays to export their cars to the U.S.

The CAR study also argues that Japanese currency manipulation will hurt the U.S. Although the value of the yen had been fairly consistent in the past, Japan’s recent government interventions in the currency market has hindered the yen’s predictability. Japan has actually intervened in the currency market four times in the past year, all with little success. In order to curb the effects of the high yen, Japan has begun to seek out free trade agreements.

The Trans-Pacific Partnership includes nine nations, but other nations like Australia, Brunei, Chile, Malaysia, Peru, Singapore and Vietnam are currently in talks to come aboard. In June, Canada and Mexico were both invited to join.

The CAR study was backed by the Ford Motor Company, which has been a strong opponent of any Japanese involvement with the Trans-Pacific Partnership. CAR is based in Ann-Arbor, Michigan.

In addition to its auto industry challengers, numerous politicians have also taken issue with Japanese involvement in the FTA. In July, 10 Democratic senators urged the Obama administration to block Japan from entering into the agreement.

"The history of U.S.-Japanese trade relations gives us little confidence that American negotiators can achieve an agreement that would create a truly level playing field between the two countries in the short timeframe of (Trans-Pacific Partnership) negotiations," said the Senators in a letter to President Obama.

Talks of Japan joining the Trans-Pacific Partnership first gained attention in November 2011 when President Obama urged Japan to join the agreement. If the agreement proceeds, it would become the largest American trade deal since the 1994 North American Free Trade Agreement.

Click HERE to read CAR’s entire study titled “The Effects that a U.S. Free Trade Agreement with Japan would have on the U.S. Automotive Industry.”

Aaron Turpen wrote on August 23, 2012 - 1:21pm Permalink
Whereas the U.S. Dollar has been oh so steady? Anyway, a large percentage of Japanese cars are now made in the U.S. anyway, so I'm pretty skeptical of these claims by the Detroit 3's PR arm.