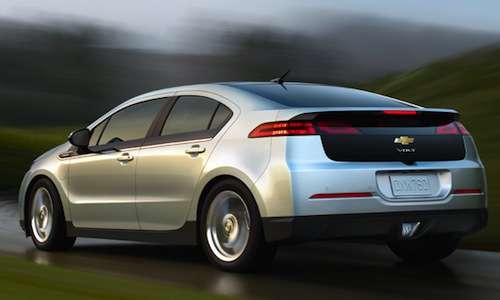 NHTSA to hold meeting on the safety of lithium-ion batteries

The meeting, which is set for May 18, will discuss the status and safety of Li-ion batteries in vehicles.
Advertisement

A recent run of high profile lithium-ion battery related incidents has prompted the National Highway Traffic Safety Administration to schedule a meeting with automakers to discuss the battery’s safety. The gathering, which is scheduled for May 18, will also delve into the future of the new technology.

“The purpose of this symposium is to bring together relevant stakeholders to share information on the status of safety activities related to the use of Li-ion batteries in vehicles designed for on-road use,” said the NHTSA.

Concern about lithium-ion batteries first arose last year when a Chevrolet Volt electric vehicle caught fire following a NHTSA crash test. The Volt ignited three weeks after a side-impact collision test was conducted at NHTSA facilities. The result prompted General Motors to modify the battery pack and coolant system. Since then the NHTSA has concluded, “no discernable defect rend” is apparent in the Volt. Despite the NHTSA’s comment and the fact that there have been no real-world Volt-related fires, public concern has lingered.

Further complicating the public’s view of lithium-ion batteries was the recent battery failure of the all-new Fisker Karma EV, which suddenly stopped working during a Consumer Reports driving test. The unexpected failure further drew into question the reliability of electric car batteries and ultimately resulted in Fisker recalling defective battery packs in late March. Aside from battery issues, the California-based automaker has struggled with delays in launching the Karma and a recent plant shutdown in Delaware. Fisker’s troubles have forced it to renegotiate its $529 million federal loan with the U.S. Department of Energy.

As if the previously mentioned incidents weren't bad worrisome enough, a recent fire at the GM Technical Center battery research lab has sparked even more controversy. GM has confirmed that the fire was caused by a battery being tested under “extreme stress.” In fact, GM engineers were trying to get the battery pack to fail, but not ignite. The extreme conditions ultimately caused the battery to leak gases, which somehow caught fire. It is worth noting that GM was testing a battery prototype that was not yet intended for production.

Despite the bad publicity, EV sales have climbed in recent months. Although GM missed its sales goal last year with the Volt, it has enjoyed considerable success so far in 2012. The plug-in hybrid vehicle's sales soared to 2,280 cars in March, doubling its total from the previous month.

Stay tuned for more news when the NHTSA conducts its meeting on May 18 in Washington, D.C.