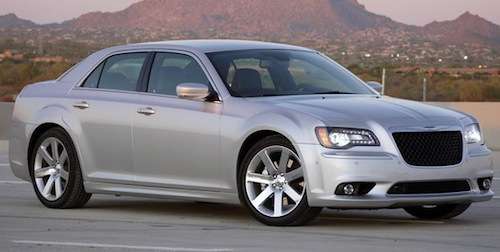 A faulty electrical unit may lead to the loss of ABS/ESC control functions, which increases the risk of a crash.
Advertisement

Chrysler has announced the recall of 119,072 model year 2011 and 2012 Chrysler 300 and Dodge Charger vehicles due to possible electrical system problems. National Highway Traffic Safety Administration documents indicate that such electrical failure could lead to certain vehicles losing ABS/ESC system function. Reports also point out that Chrysler’s electrical issues are likely the result of an overheated distribution center. The consequence of losing ABS/ESC function is loss of vehicle control, which may increase the risk of a crash.

Chrysler had originally thought that this electrical problem was exclusive to its Dodge Charger police vehicles, but reconsidered when civilian complaints were reported. In fact, the automaker discovered 43 reports relating to civilian vehicles. That said, there were no incidents of crashes, injuries or fires according to Chrysler.

"Despite a small number of incidents, we concluded it was in the best interest of our customers to repair the vehicles and eliminate the potential for this condition to occur," said David Dillon, head of Product Investigations and Campaigns for Chrysler.

Chrysler will begin notifying customers of the recall later this month. Owners of affected vehicles will receive free ABS/ESC system fuse relocation from their Chrysler dealer. Chrysler 300 and Dodge Charger drivers who do not wish to wait until the recall begins may contact Chrysler Customer Service at 1-800-853-1403. Concerned customers may also get in touch with the NHTSA at 1-888-327-4236 or online at www.safercar.gov. The NHTSA Campaign ID Number is 12V197000.

Despite the recall news, both the 2012 Chrysler 300 and 2012 Dodge Charger were named Insurance Institute for Highway Safety Top Safety Picks. Furthermore, the 2012 300 ranks 4 out of 7 on U.S. News’ list of Affordable Large Cars with an overall score of 8.3. Reviews specify that the all-new 300 “offers a refined interior and a strong list of standard features.” On the other hand, the 300 is pricier than other affordable large cars when adding options.

The 2012 Dodge Charger earned a lower overall score on U.S. News’ Affordable Large Car list, ranking 5 out of 7 based on 14 published reviews. The 2012 Charger earned high praise for its performance and interior space. According to Edmunds, “The 2012 Dodge Charger fares well as a large sedan. But when it comes to affordable performance, the Charger has no peer.” Although the Charger received high marks for its power, it lost points for its lack of rear passenger room.

Tesla Giga Berlin's New Hurdle: It's Not Only the Gov't, but Now Tesla Itself
Teslas Are Sold Out Until 2023, But The Timing May Reverse
END_OF_DOCUMENT_TOKEN_TO_BE_REPLACED