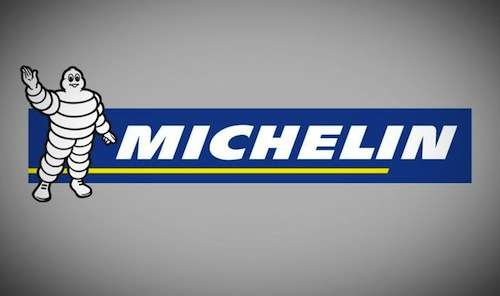 Michelin North America Inc. has announced the voluntary recall of multiple sized tires that may suffer from loss of tire pressure.
Advertisement

Affected by this weekend’s recall are multiple Michelin models — typically found on light trucks and SUVs — manufactured between September 2012 and June 2013. The tires in question may contain holes in the sidewall, which may cause the tires to lose pressure while driving. As a result, the sudden loss of tire pressure will increase the likelihood of a crash, according to the National Highway Traffic Safety Administration.

Of the 100,000 tires being recalled, Michelin says that roughly 2.5 percent or 2,500 units are affected. As to not inconvenience any customers, the company will replace any tires included in the aforementioned list even if they’re not part of the 2,500 affected tires.
The affected models were manufactured in Michelin’s Lexington, S.C. plant. There have been no instances of crashes or injuries related to the recall.

Michelin will begin notifying owners of the recall by the end of this month. Michelin dealers will inspect and replace any affected tires at no cost to the owner. In the meantime, owners may contact Michelin Consumer Care at 1-855-851-4951 or go to www.michelinman.com/voluntarysafetyrecall

The news marks Michelin's first tire recall of 2013. The tire manufacturer issued two substantial recalls last year including one involving over 800,000 tires. The July 2012 recall involved BFGoodrich and Uniroyal tires produced between April 2010 and July 2012. According to Michelin, the affected tires are typically mounted on heavy-duty vans and light commercial trucks. The tires in question may suffer from tread and air loss issues.

Additionally, Michelin also recalled about 77,000 tires last year because of bad tire casing. According to the NHTSA, the faulty casing could lead to rapid air loss, which may lead to a crash.

Founded in 1888, Michelin is one of the world's largest tire manufacturers. Based in France, the Michelin brand also owns BFGoodrich, Kleber, Tigar, Riken, Kormoran, and Uniroyal. Aside from automobiles, Michelin makes tires for space shuttles, aircrafts, heavy equipment, motorcycles, and bicycles.